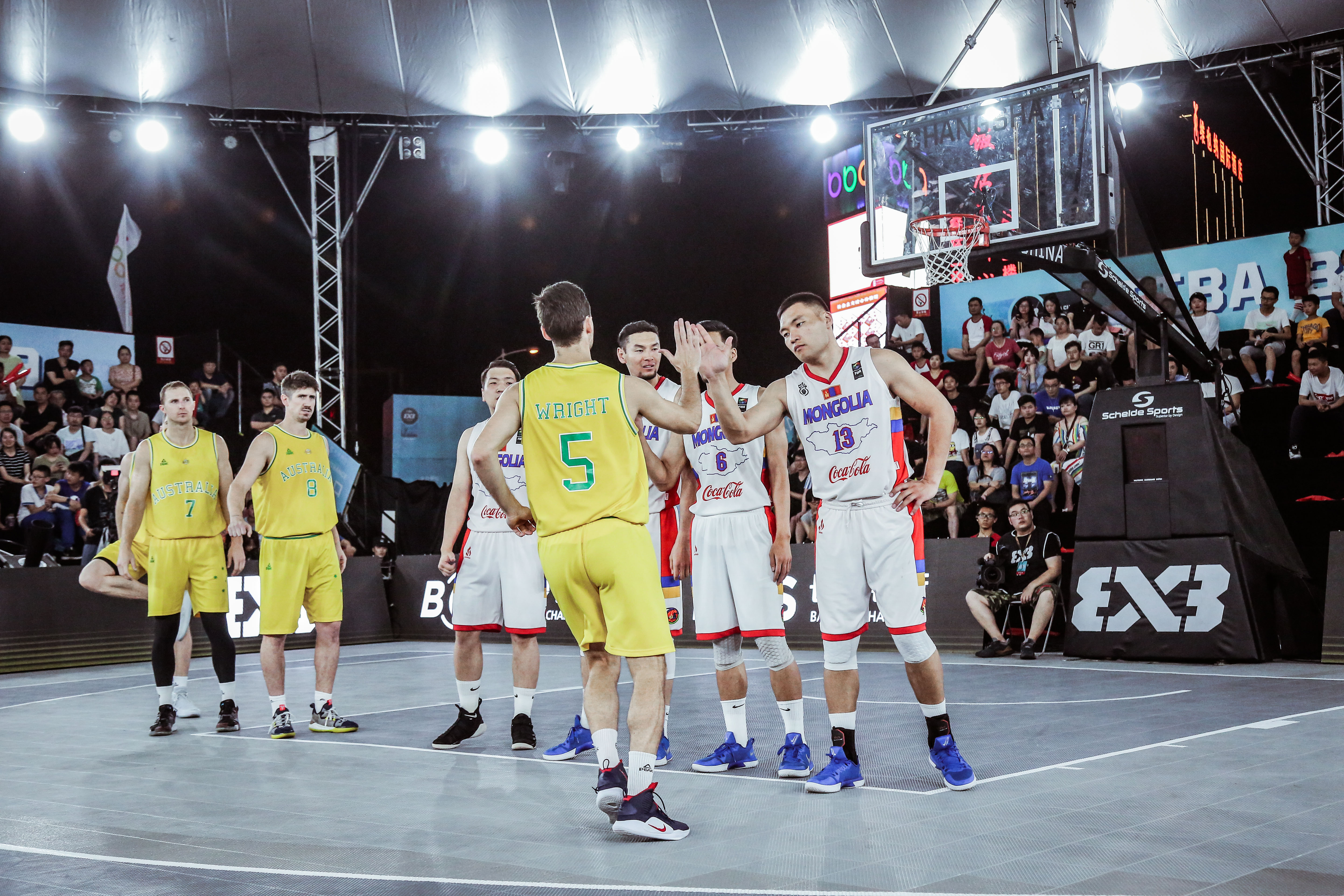 Federer vs Nadal. Biggie vs Tupac. Coke vs Pepsi.

There is nothing better than an epic rivalry and 3×3 has thrown up some memorable battles over the years. Let’s narrow it down to the top 10 best 3×3 rivalries.

There have only been two editions of the FIBA 3×3 U23 World Cup – and Russia and Japan have contested the women’s final both times. And, fittingly, it is one apiece with Russia winning in 2018 after ending Japan’s Cinderella run.

But Japan avenged the heartbreak the following year with a stunning 19-14 victory to end Russia’s incredible 42-game winning streak at U23 women’s level.

Can the teams make it three times in a row next edition? Don’t bet against it.

These are two titans going at it. You know it’s going to be epic. Serbia and USA contested maybe the greatest ever 3×3 game, which was played at the 2016 World Cup final.

The USA was loaded with future NBA players Myke Henry and Alfonso McKinnie, but it was not enough against Serbia’s teamwork.

Serbia’s long domination over USA legitimized 3×3 as a game that required team chemistry but the USA eventually caught up. The Americans defeated Serbia at last year’s World Cup in a historic result to fuel their first ever world title and take this rivalry to another level.

No pressure but these games are for the pride of the mighty USA. Who you got? Dominique Jones aka Disco Domo or Robbie Hummel? Who jumps higher – Marcel Esonwune or Kareem Maddox?

For some time, the hoops superpower found 3×3 tough and were overtaken by dazzling Eastern European teams but Princeton and NY Harlem emerged as heavyweights in 2019.

And the American dream was realized when the Lausanne Masters final was draped in red, white and blue.

Disco Domo had his dancing shoes on as he grooved past Princeton and claimed the MVP as the New Yorkers won their first World Tour title.

But Hummel humbled NY Harlem in the rematch at the Utsunomiya Final to even the score in 2019.

USA haven’t had this tight of a battle between compatriots since Sampras and Agassi were slugging it out at Flushing Meadows.

Neighbors Australia and New Zealand have a fierce rivalry in sports – traditionally in rugby and cricket. These days, the 3×3 rivalry between their women teams might be the best of the lot.

They played a bonkers semi-final at the Asia Cup in 2018 when hot favorites Australia were stunned in overtime by an inspired New Zealand, who partied like it was Chinese New Year when Micaela Cocks sunk a two-piece to down the defending champs.

One year later at the same event, Australia got revenge with a tight 17-15 victory to get the bragging rights in the Trans-Tasman rivalry.

The star studded Serbia, of course, are the European power but have had to contend in recent years with emerging Latvia, who are comprised by the brilliant players of Riga Ghetto. Essentially, the epic rivalry of Novi Sad and Riga Ghetto has translated into international play.

And it hasn’t disappointed!

Fittingly, the teams played a nerve-jangler at last year’s World Cup when Nauris Miezis – aka Robin – proved to be the super hero with a game-winning two-piece to send Latvia into the final. It was redemption for Latvia who lost a thriller against Serbia in the final of the 2018 Europe Cup.

Mongolia has been one of the surprise packets of 3×3 – perfectly representing FIBA’s desire to expand into non-traditional basketball countries. And Mongolia have shown their rapid development, particularly against Australia – a traditional hoops power.

Their most epic encounter was at the Asia Cup 2018 final – an overtime classic punctuated by an insane title winner by Thomas Garlepp from down under.

It was a re-match one year later but Australia were far too strong this time around. Still, quite clearly, an unlikely Asian rivalry has genuinely developed.

These friendly foes have become the trendsetters in the increasingly competitive women’s 3×3 game. France and Canada were the two best teams in the inaugural Women’s Series and combined for 10 titles from the 15 stops.

They both have superstar players – a loaded France have the brilliance of Laetitia Guapo and Migna Touré but Canada can counter with the dazzling Plouffe sisters.

Les Bleues dominated in the first event at Turin and beat the Canadians twice, including a memorable 16-14 victory in the semis. Canada turned the tables in Poitiers and we’ve been left waiting for more from these two great teams ever since.

This is perhaps 3×3’s longest rivalry. Pioneers Ljubljana were the early standard and even inspired the forming of Novi Sad, who would eventually take 3×3’s crown. “I used to watch them on some events and if it wasn’t for them, my team may not exist,” Bulut once said about the Slovenian team.

Two-time World Tour winners Ljubljana had the upper hand early, including dominating in 2014, but Novi Sad have proved too good recently, including victories at the 2018 Bloomage Final and the quarterfinal at last year’s Doha Masters.

But you just know every time the old enemies meet, it’s going to be a tough and tight contest.

Incredibly, Spain got their revenge just months later at the Europe Cup in a game every bit as good as the one in Amsterdam. You guessed it, this also went to overtime after scores were locked at 19 after regulation.

Cyesha Goree got the hosts within one point of another heart-stopping victory before Ygueravide gave Spain the ultimate payback with a two-point Tissot Buzzer Beater to deflate the Debrecen crowd.

Who you got for 3×3’s GOAT? Dusan Bulut aka Mr Bullutproof or Stefan Stojacic aka Mr Robot. The Serbians have dueled for many years like Rocky and Apollo Creed.

Mr Bullutproof is the most iconic 3×3 player through his combination of sick handles, passing wizardry and clutch shooting. And he has been the main man for 3×3 powerhouse team Novi Sad.

Mr Robot might not be as flashy – it’s simply not possible to outdo Bulut – but he’s probably the better pure scorer and always has the cheat code. No team has pushed Novi Sad over the years like the Stojacic-led Liman. It’s too bad Mr Robot missed most of last year because he was on the cusp of taking the crown after a spectacular 2018.

In some ways it’s a bit like the never ending MJ-LeBron debate. Do you prefer the elite scorer or the better all-round player?

Honestly there is no wrong answer because Bulut and Stojacic are so insanely good.