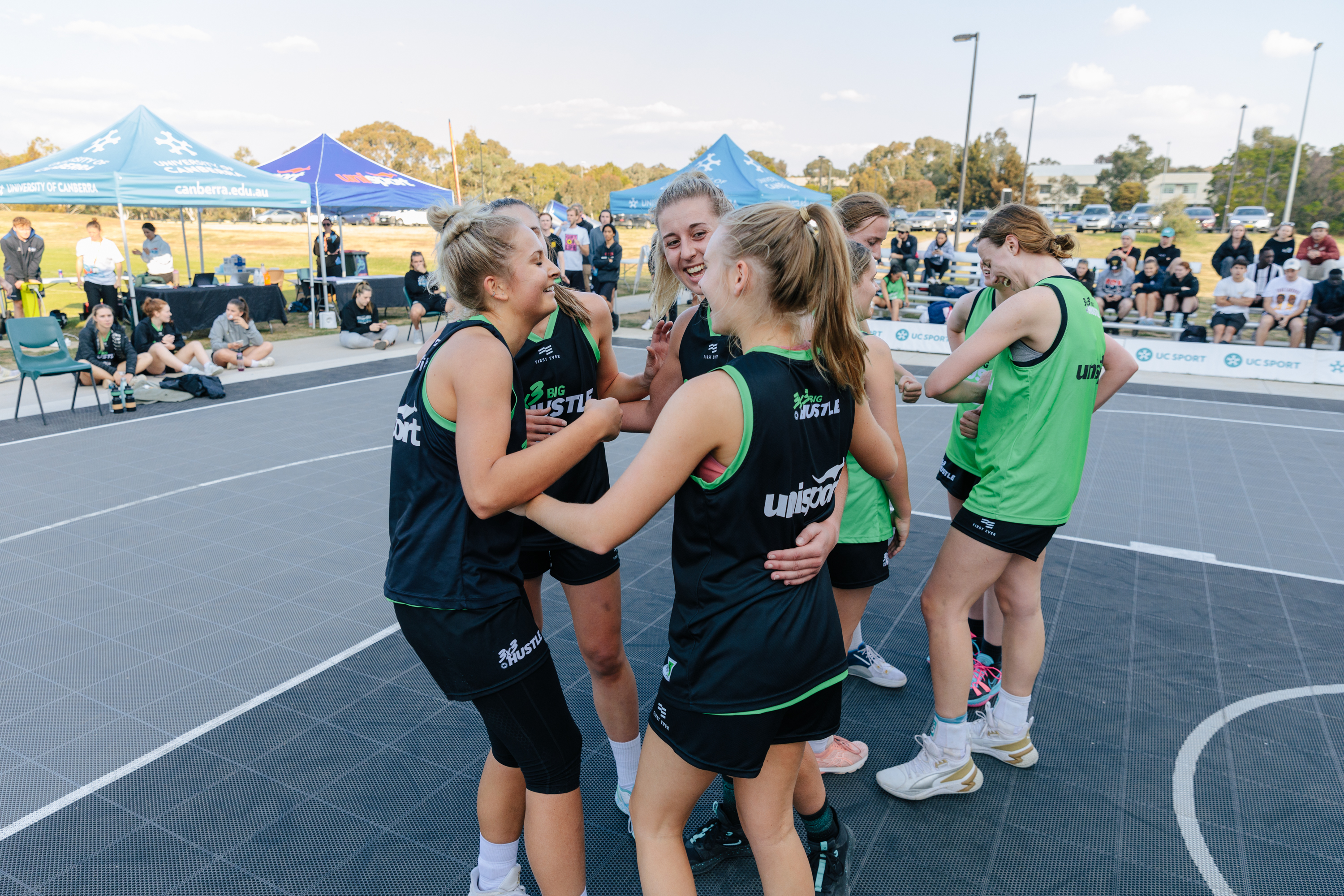 UniSport Australia and 3x3Hustle teamed up again to deliver the competition, which this year was hosted by UC Sport (University of Canberra) on their 3×3 courts from 29-30 April.

Five FIBA-approved courts were installed on the Bruce campus last year thanks to funding from Sports Infrastructure Grants Program. UC Director of Sport, Carrie Graf said the courts “encourage an active campus and speak to our ethos as a leading sport and health university”.

The winners of the two-day tournament gain qualification to a 3x3Hustle Pro event later this year. Unfortunately, due to the cancellation of the 2021 FISU 3×3 World University Cup, the winning universities will have to repeat their efforts in 2022 to get a shot on the world stage.

For the Monash women’s team, this is their third UniSport Nationals 3×3 Basketball title. Last tournament’s silver medal motivated the team to regain their champion status and confirm their reputation as a 3×3 powerhouse university. They proved too strong for UNSW Sydney, winning the final 19-14.

The team, represented by Sian Gillam, Tori Jackson , Melissa Prior and Zoe Schonfelder went through the tournament undefeated.

“It’s really nice to come full circle. We have a new squad, and it is all about culture here at Monash. I’m really proud to handover to these guys when I leave and really glad to go out on a win,” Gillam said.

In the men’s competition, UTS’s victory was extra special as they knocked three-time champions Macquarie University off their perch. It was a physical, close-fought final, with UTS eventuating winners 23-18. This is the first UniSport 3×3 basketball gold medal for the UTS men’s team, mirroring their women team’s efforts in 2019.

The team comprised of Alex Higgins-Titsha, Maxim Nesterov, Christopher Vera and Aaron Wabon. They entered the final as underdogs with considerably less 3×3 basketball experience as their opposition. However, their grit and determination backed with strong support from the crowd allowed them to rattle the reigning champions and emerge as victors.

In total, 18 universities were represented, with 132 students competing in the two-day event. The tournament fixture results can be viewed here with the final university rankings available here.