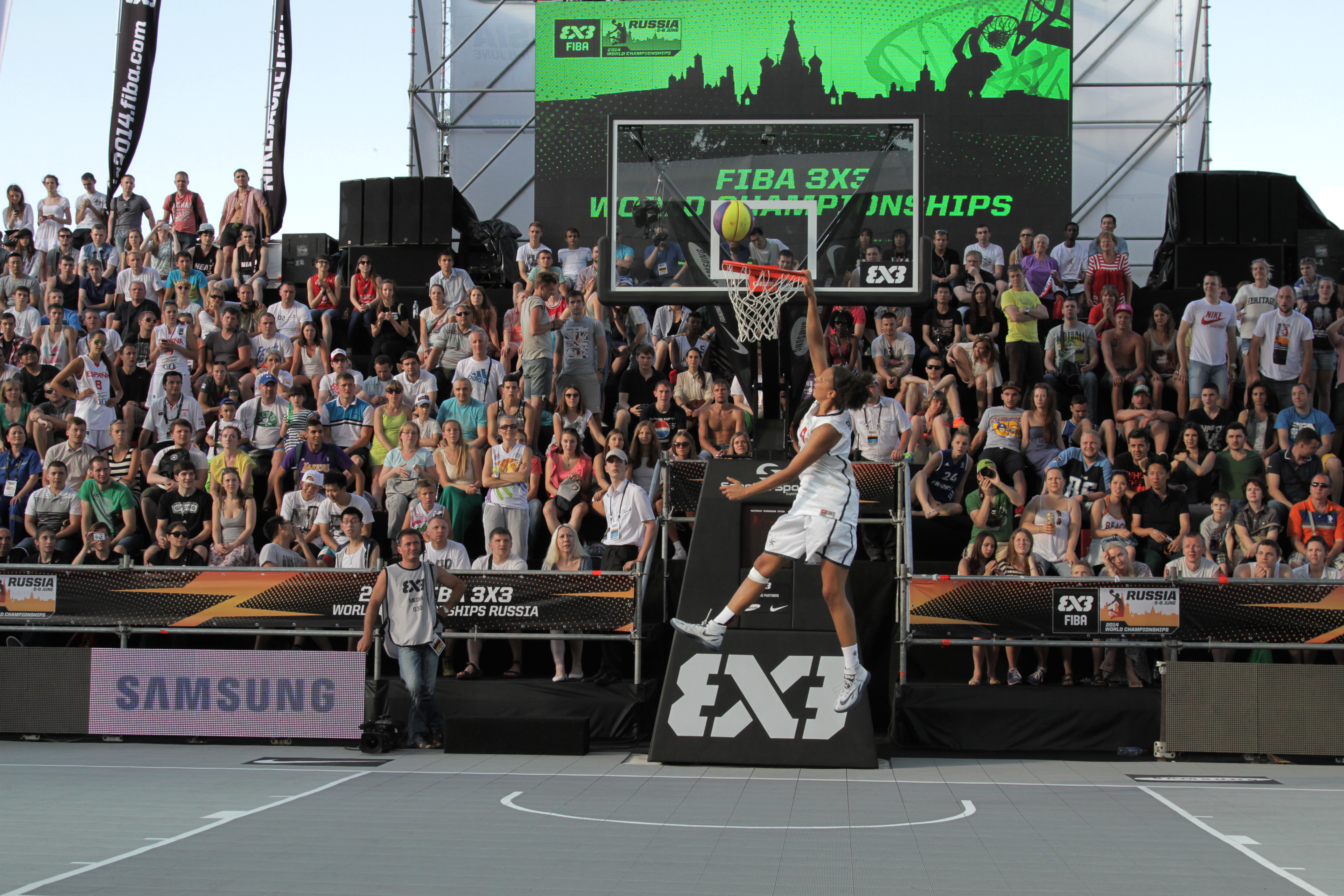 USA 3×3 veteran Cierra Burdick has lifted the lid on the dunk she threw down at the 2014 FIBA 3×3 World Cup.

With footage not readily available of the slam, Burdick explained the story on the 3x3Hustle Hype Podcast, saying trying to dunk the ball a second time in front of a crowd was a challenge.

“I had thrown down a dunk earlier after one of the round games,” Burdick said.

“We weren’t playing on the main court yet, but I guess word had spread that this girl just threw down a little dunk.

“After the gold medal game, and mind you we are exhausted, the commentator is like will you throw one down for us? I’m thinking, my legs are dead, my lungs are gone, I feel like I haven’t eaten real food in a whole week, but ok, since everyone is around, we are on the main court, we just won a gold medal, let me give it a shot.

“I think it took me like two tries, I tried with the dribble and I think I banged it off the back of the rim, so I was like let me take the dribble out and just go off two steps. I just snuck it in there.

“Thankfully some fans in the stands got it on video otherwise people probably wouldn’t believe it. That was fun and it was a way to capitalise off the gold medal for sure.”