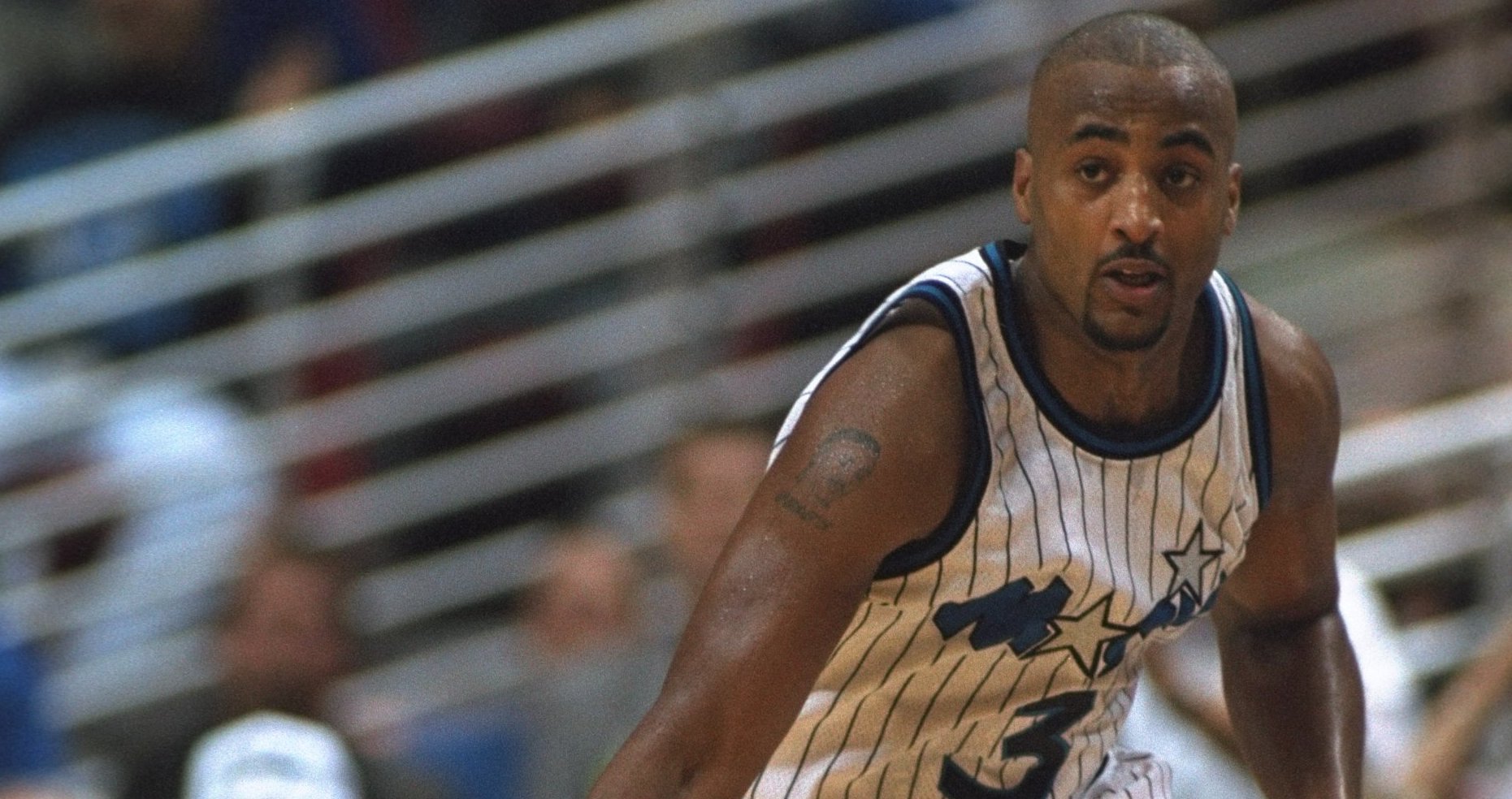 As De La Soul said, three is a magic number. Former NBA star Dennis Scott can tell you about it as he wore number three during his successful basketball career, especially with the Orlando Magic. His precision behind the three-point arc earned him the nickname “3D”.

Sorry if that sounds corny, but 20 years into his retirement, it just made sense that Scott got involved in the game of 3×3.

Many people know Scott, aka ‘3-D’ from his 10-year NBA career, most notably his time with the Orlando Magic. The sharpshooting swingman now works as an analyst on TNT and has begun working on his new passion project: FIBA 3×3.

Like many, the sharpshooter – who now works as an analyst for TNT and NBA TV – was introduced to the format by a friend. Two years ago, FIBA 3×3 referee Glen Tuitt talked to him about it and sparked his interest. At the same time, Ice Cube had launched the Big 3, a league consisting of mostly retired NBA players, playing with their own set of rules.

“I had to educate myself on the differences. After doing that, I called Glen back and I said, ‘Wait a minute Glen, 3×3 by FIBA is a little more exciting and fast-paced.’ I said, how do I get more of it?”

About a year ago, Scott decided to begin the process of organising his first event. He did all the leg work to figure out the best path forward. All roads lead to the Riverside Epicenter, an event space outside of Atlanta. But first, he needed players.

“I reached out through Glen’s network and I got a lot of responses from social media. A lot of friends of mine knew guys who were playing it (3×3). Guys were working their nine to fives and then flying internationally for the weekend, playing, and then coming back to the States.”

Scott was pleasantly surprised by the enthusiastic responses he received and by creating a FIBA 3×3-endorsed event on play.fiba3x3.com, he was able to attract a wide range of talented players.

After months of planning, Shooters Paradise USA 3×3, Scott’s first 3×3 event came into reality on November 14, as 16 teams played in a single-elimination, one-day event. Dream 80 was the winner of the inaugural event, defeating Kingz in the final, 21-13.

Now that Scott has put together his first event, he has his eyes on a bigger, brighter future for 3×3 in the USA and around the world.

“I dream big. I want to meet with the FIBA 3×3 Director, so he understands I’m taking this dead seriously. I think this brand of basketball has a chance to take over the world… I’ve done my homework.”

The sky is the limit for Scott, who has been in contact with former NBA players who are excited to work with him in the future.

“Joe Johnson said, ‘D, next time you’re in (for a tournament), I’m in. You think that all of these NBA players as elite athletes. Some of these guys realise that they can go play a half-court, fast style of basketball, and still be an Olympic athlete. That’s where guys get excited.”

Even players, such as eight-time NBA All-star Vince Carter, have expressed interest.

“At first he said, ‘D man, I don’t know,’ Scott described. He called me back three days later and was like, ‘You know what, tell me more.”

Growing the format means bringing more people to the table. That includes helping younger generations to understand the game and think of it as another pathway to the pros.

“The way FIBA has put their twist on it and changed the game and a few rules, and now that it’s an Olympic event, I think it’s totally different. Now, kids can say, you know what, I didn’t make my basketball high school team, but I think I can make this 3×3 team, or create my own team and be competitive.”

Scott also wants to make the U.S. an attractive destination for international 3×3 players who may want to visit the country and play in a tournament. He sees the flexibility and lure of travel, mixed with top-level basketball as a formula in bringing the best in the world together.

“You have a dunk contest, the shoot-out contest, and all the fun stuff we can do once we really get pushing. Once I get the full blessing from FIBA and USA Basketball and get some marketing dollars, I can take over the United States with FIBA 3×3.”

Of course, we couldn’t let Dennis Scott go without putting together his ultimate FIBA 3×3 squad with his former teammates. With no surprise, he picked some of his former NBA Finals teammates with the Orlando Magic.

“It’s a no brainer. It would be me, Shaq, and Penny, with Nick Anderson off the bench,” he said with unwavering confidence.

One day, we might see a 3×3 team with that much skill, shooting, and power. Dennis Scott hopes to make that dream a reality, sooner or later.