No brotherly love for 3×3’s No.1 Liman to start Jeddah Final 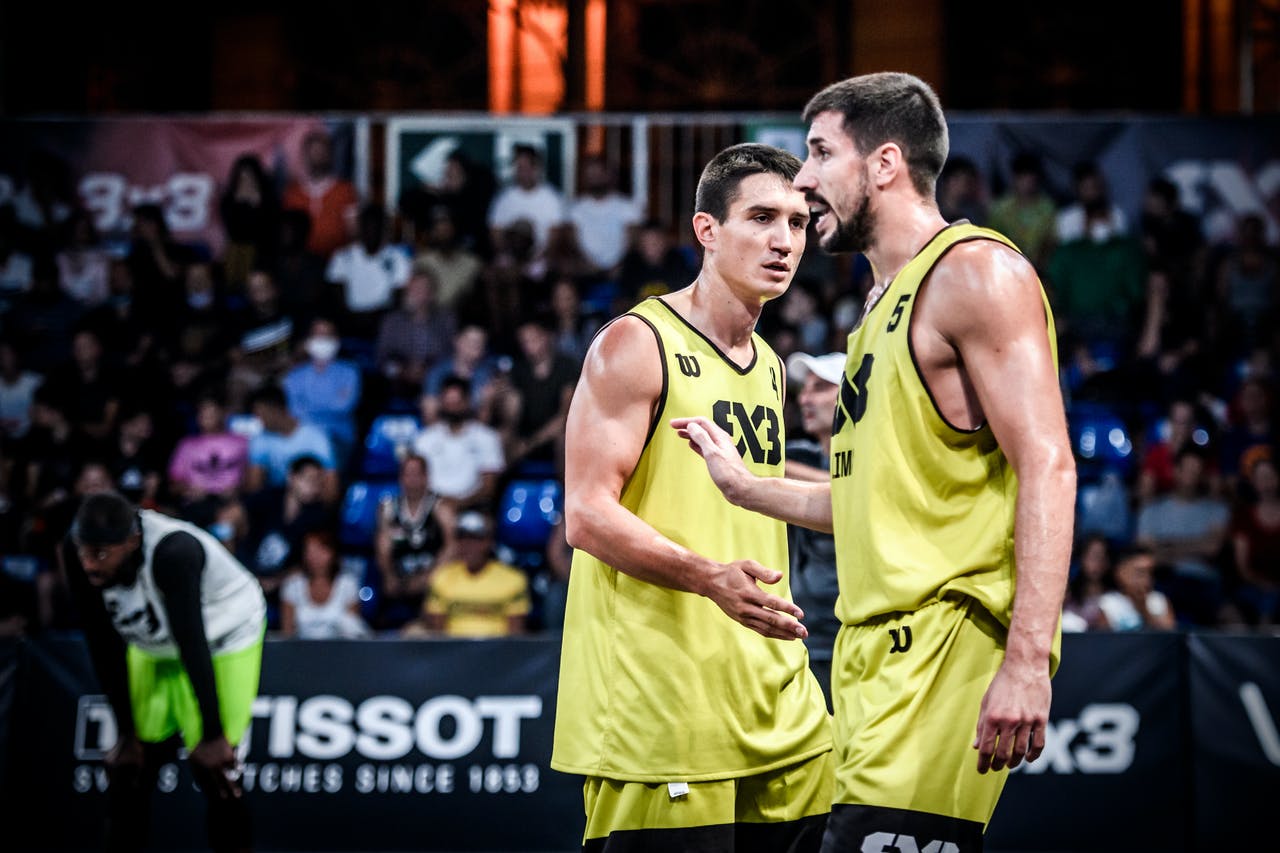 There will be no easy games in the World Tour’s showpiece event underlined by 3×3’s No.1 Liman (SRB) facing a major challenge against Ub (SRB) on Day 1 of the Jeddah Final on December 18-19.

Featuring the 12 top ranked teams on this season’s World Tour standings, the grand finale is sure to be keenly contested for 3×3’s biggest prize and ensure 2020 at least ends on a bright note. Debrecen and Europe Masters champs Liman have been sensational this season but experienced a heartbreaking defeat last start to Riga in the Doha Masters decider.

Whether that stinging loss at the buzzer – in one of the most dramatic endings in World Tour history – inspires the Serbs remains to be see but they also have extra motivation.

Liman have underachieved at the World Tour Final previously and in Jeddah will have to contend with compatriots Ub, who are giant killers as shown by their runners-up finish at the Hungary Masters.

So impressive are the No.8 seed that they are the darkhorse pick of our expert Corey ‘Homicide’ Williams’. Though that might be a curse for Ub given Williams’ shaky predictions previously but they (known as Vrbas at the time) did memorably beat Liman in Saskatoon last year – the only time the teams have met.

And you just know Ub star Strahinja Stojacic will bring it against his brother Stefan Stojacic, who has enjoyed a stellar comeback season.

It won’t be a two-horse race in Pool A with World Tour Final debutants Ulaanbaatar MMC Energy (MGL) keen to show they belong on 3×3’s biggest stage. The Mongolians, however, have a shocking 0-8 record against Liman.

Four-time World Tour Final champs Novi Sad (SRB) headline Pool B but arrive with their backs against the wall. The Serbs did not even make a final in the trio of events in Hungary and will be without 3×3’s best player Dusan Bulut.

But it is foolish to write off the two-time defending champs, who still boast a slew of stars led by Dejan Majstorovic – the sweet-shooting ‘Maestro’ who somehow plays better without Bulut. The Serbs will face early challenges against the experienced Team Amsterdam (NED) and talented Lausanne Katapult (SUI).

The Dutch masters beat Novi Sad for the first time with a thrilling 21-18 victory in Debrecen but will be without Jesper Jobse, who recently retired. The explosive Dimeo van der Horst can more than handle the extra workload and Amsterdam have a liking for the season finale having made the semis in Beijing two years ago.

World Tour Final debutants Lausanne Katapult are back at the World Tour Final, featuring speedy Gilles Martin who is sure to once again figure in the top five plays of the tournament. The Swiss, however, will need to turn around their fortunes against Novi Sad, whom they have not beaten since 2017.

Red hot Riga (LAT) will be heavy favorites to top Pool C after their miraculous triumph in Doha. The Latvians were runners-up in Beijing two years ago but believe their time has arrived to take 3×3’s crown. With Karlis Lasmanis and Nauris Miezis continually being superheroes, it’s hard to doubt them.

They have an unbeaten record against Piran (SLO) and Jeddah (KSA) having won a combined six straight games.

Hosts Jeddah could emerge as an x-factor team but are no certainties to get out of the group. Piran, ever reliable, have a habit of getting out of Day 1 of the World Tour Final but then exiting in the quarters.

Last but certainly not least! Pool D just has to be the ‘Group of Death’. NY Harlem (USA) will aim to bounce back after a disastrous showing in Doha but welcome back Joey King, who was majestic in Hungary.

Much of the interest will revolve around the clash between the lethal Lithuanians – Sakiai, last year’s success story, and Utena Uniclub, who are this year’s breakout team. Both teams are loaded with talent and Sakiai will be out for revenge – along with the bragging rights – after losing to their compatriots in Debrecen.

Their task will be even harder with Utena Uniclub now armed with Zygimantas Skucas aka the ‘Lithuanian Rodman’ who has quickly become a crowd favorite. He should be able to raise his game given the increased stakes.

They might be the 12th seed, but Utena Uniclub are considered one of the favorites – as per our power rankings – to go all the way to highlight 3×3’s increased depth.

In such a deep field, every game will be must watch in Jeddah.