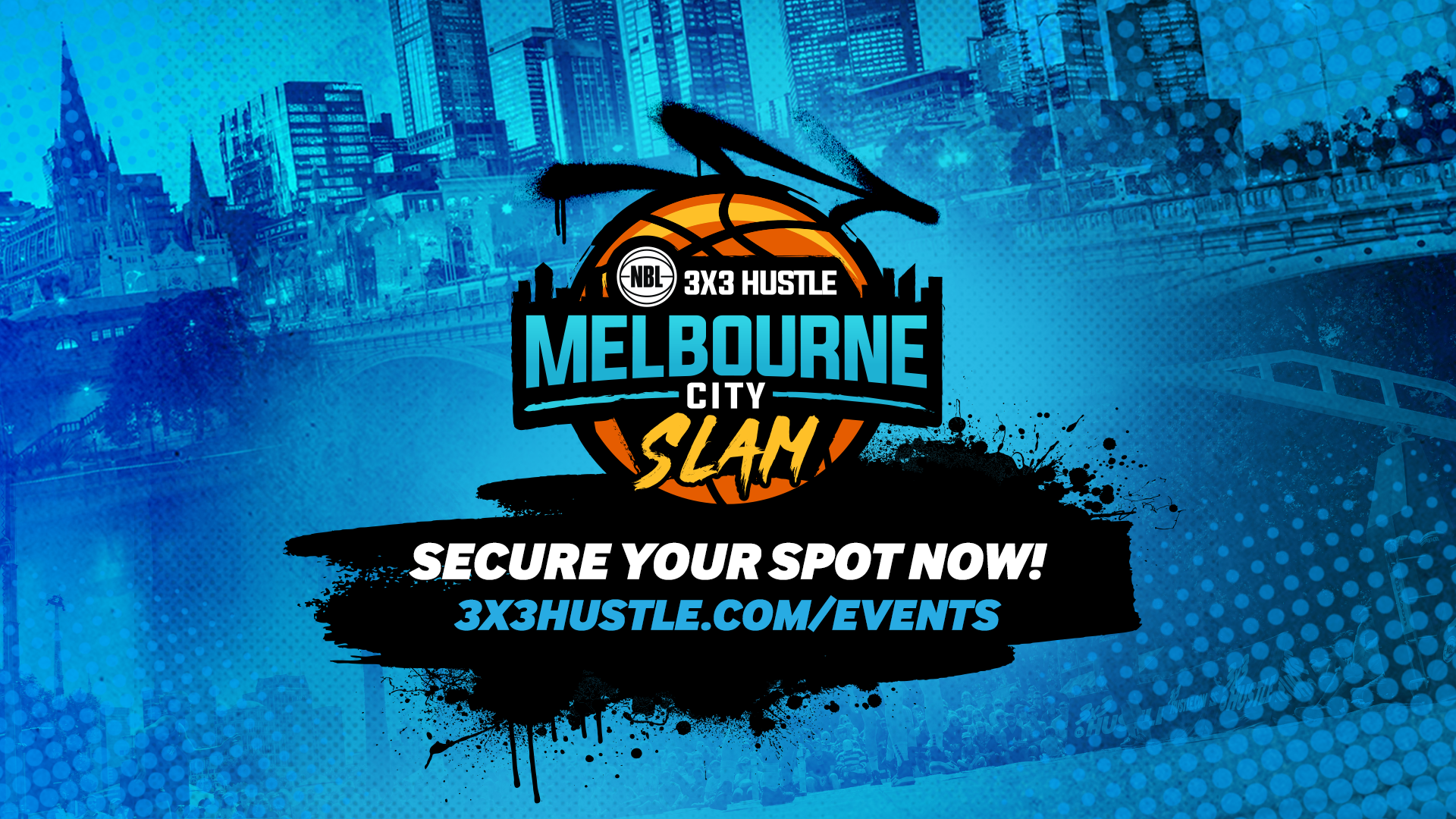 There will be plenty of world class 3×3 basketball action on the court, with several fun-filled activities for the entire family to enjoy, all under the backdrop of Melbourne’s iconic city landscape.

Melbourne City Slam will host 3×3 competitions for all ages and skill levels, shooting and dunk competitions with prizes for the lucky winners, and there will also be NBL & WNBL player appearances, NBL legends shoot out, DJs, and activations for everyone to enjoy.

The monster event which will run over the course of four days from Thursday 26 January to Sunday 29 January at Southbank in Melbourne’s CBD.

Melbourne City Slam is open to all age groups and skill levels, including juniors and open men and women. The event will attract basketball lovers from across the nation in an epic four-day festival of the sport.

Players who compete in the 3x3Hustle Melbourne City Slam will have the chance to take home cash prizes and claim the inaugural City Slam Championship on the water at Southbank.

“We are absolutely ecstatic to help bring the inaugural City Slam to life alongside the NBL and 3x3Hustle,” Melbourne City Council, Lord Mayor, Sally Capp said.

“Basketball culture is ingrained in Melbourne and this event will be a celebration of everything that makes this sport great.

“The event’s family-friendly focus will ensure a tide of competitors and onlookers will head to Southbank across the four days to take in all the action on and off the court.”

“We are so excited to launch the new Slam events with Melbourne City Slam.  City Slam will be the first in a series of Slam events you will see popping up around the Nation,” Head of NBL 3x3Hustle, Jaele Patrick said.

“The Melbourne City Slam event will be a great way to involve people from all age groups and backgrounds to come together for a four-day basketball filled festival.

“There will be plenty happening on and off the court and it is an event you won’t want to miss.”

To register your team and learn more about the event please visit the 3x3Hustle website: https://www.3x3hustle.com/melbourne-city-slam/