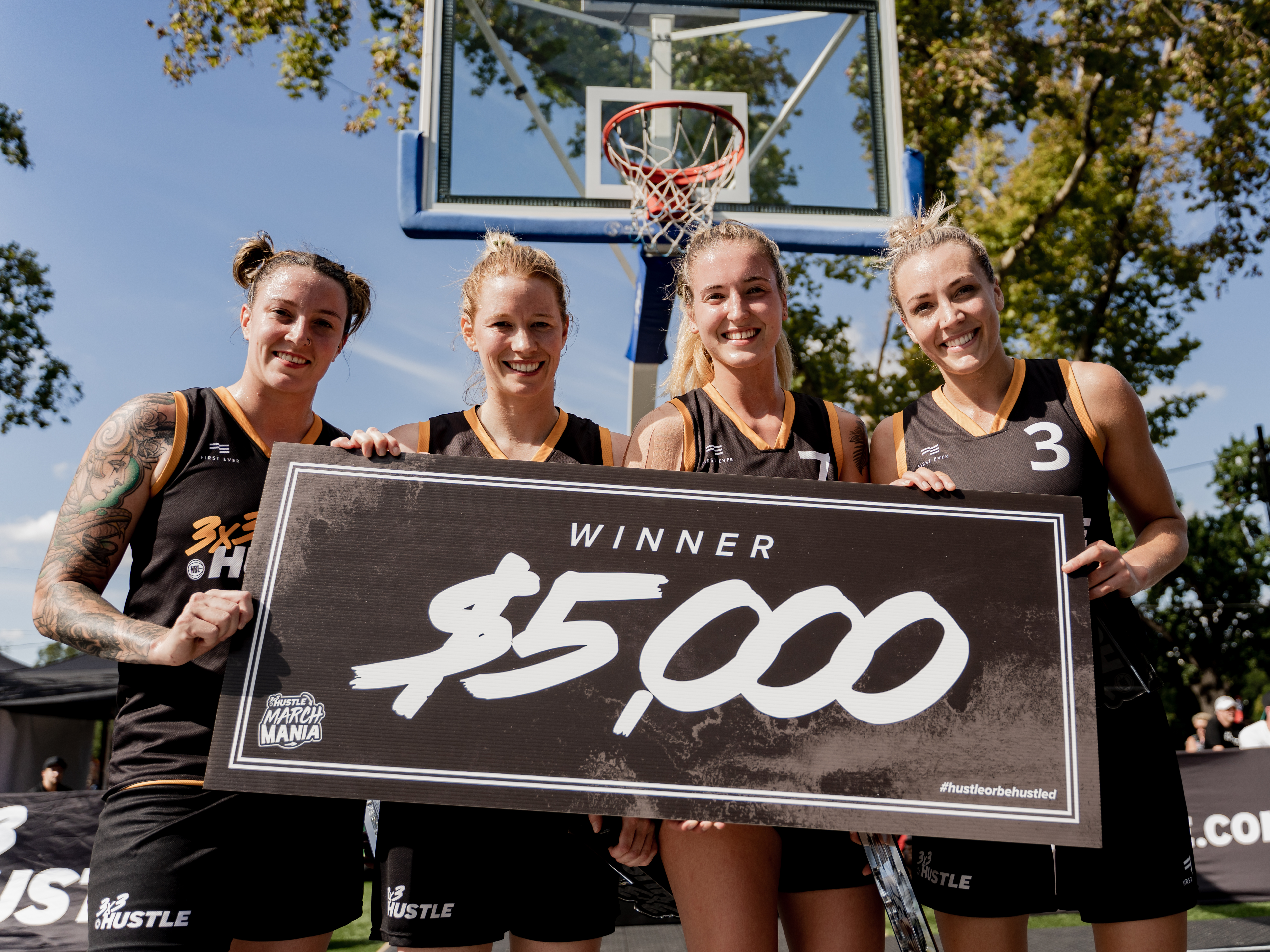 Melbourne were crowned the winners of the men’s and women’s pro events at Moomba this weekend, the first stop in the inaugural NBL 3x3Hustle March Mania.

The men’s tournament was a FIBA 3×3 Satellite, meaning Melbourne has now earned their spot in a future FIBA 3×3 Challenger event. Melbourne were led by some of Australia’s best 3×3 ballers in Tom Wright, Andrew Steel, Tim Coenraad and Greg Hire.

Melbourne took down the Geelong Supercats 21-10 in the final, asserting their dominance from the tip and never turning back.

In the open women’s event, the final between Melbourne and the Melbourne Boomers was a cracker, as overtime was needed to decide the result. Melbourne, led by Maddie Garrick, Anneli Maley, Marena Whittle and Izzy Chilcott, managed to record a 18-16 win thanks to a Garrick two-pointer in the extra period.

The Boomers were a challenge for opponents all weekend due to the physical play of Kalani Purcell, Penina Davidson, Rachel Brewster and Toni Farnworth.

March Mania continues this weekend at the Formula 1® Rolex Australian Grand Prix (March 12-15), before events at the Arnold Sports Festival (March 20-22) and the Geelong Waterfront (March 28-30). You can register for the events here.