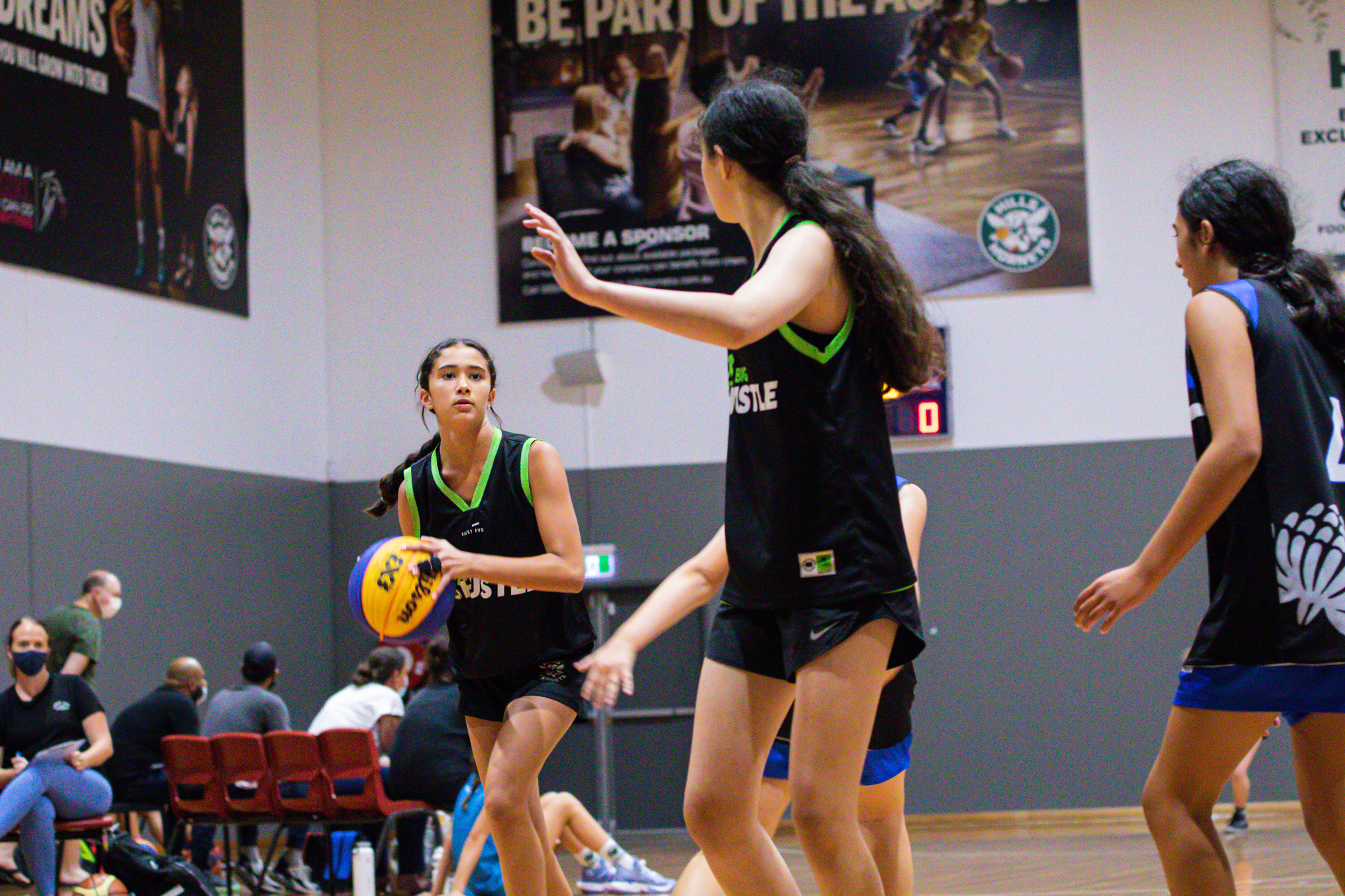 The Hills Hornets ran yet another successful 3×3 Street Hustle, with over 65 teams hustling for a win at Hills Basketball Stadium.

Boys and girls from 10 & Under to 18 & Under were split into local and rep categories, helping even out the competition and allowing the best players in each division to be showcased.

In the 10 & Under Boys category, JoFlow Blue went a perfect seven from seven to take out their age group.

Their namesake followed their lead in the 12 & Under Boys Rep category, going five from five to take the ultimate win.

In the 12 & Under Girls Rep category, the Girls On The Move lived up to their name.

After going two from two in the pool stages, they won all three finals to take out their age category.

The Splash Brothers took out the 14 & Under Boys Local crown with a nail-biting 11-9 win over the Fireballs in the Final.

The 14 & Under Boys Rep Final had an even closer result, with Royals- AJJ defeating Young Blood by one point.

Awesome Sauce took out the 14 & Under Girls Rep category with a five-from-five record to go with a two-point win over YTG in the Final.

The second one-point margin of the day went down in the 16 & Under Boys Local category as Happy Hours defeated the Big Ballers 10-9 in the Final.

The 16 & Under Boys Rep Final went down to the wire as Chicken Noodle Soup escaped with a two-point victory over the Alley Oops.

After losing to the Huskies by five in the pool stages, the Sparks came back in the best way possible, winning by just one point in the Final to upset their opposition’s perfect record.

The 18 & Under Local Boys rounded out the day with Empire taking out a 13-6 win over Perseverance in the Final.

Hills will be hosting their second Junior Street Hustle of the year on April 20 and spots will fill up quickly so register now!

Check out the list of winners from their January Street Hustle below- congrats Hustlers!