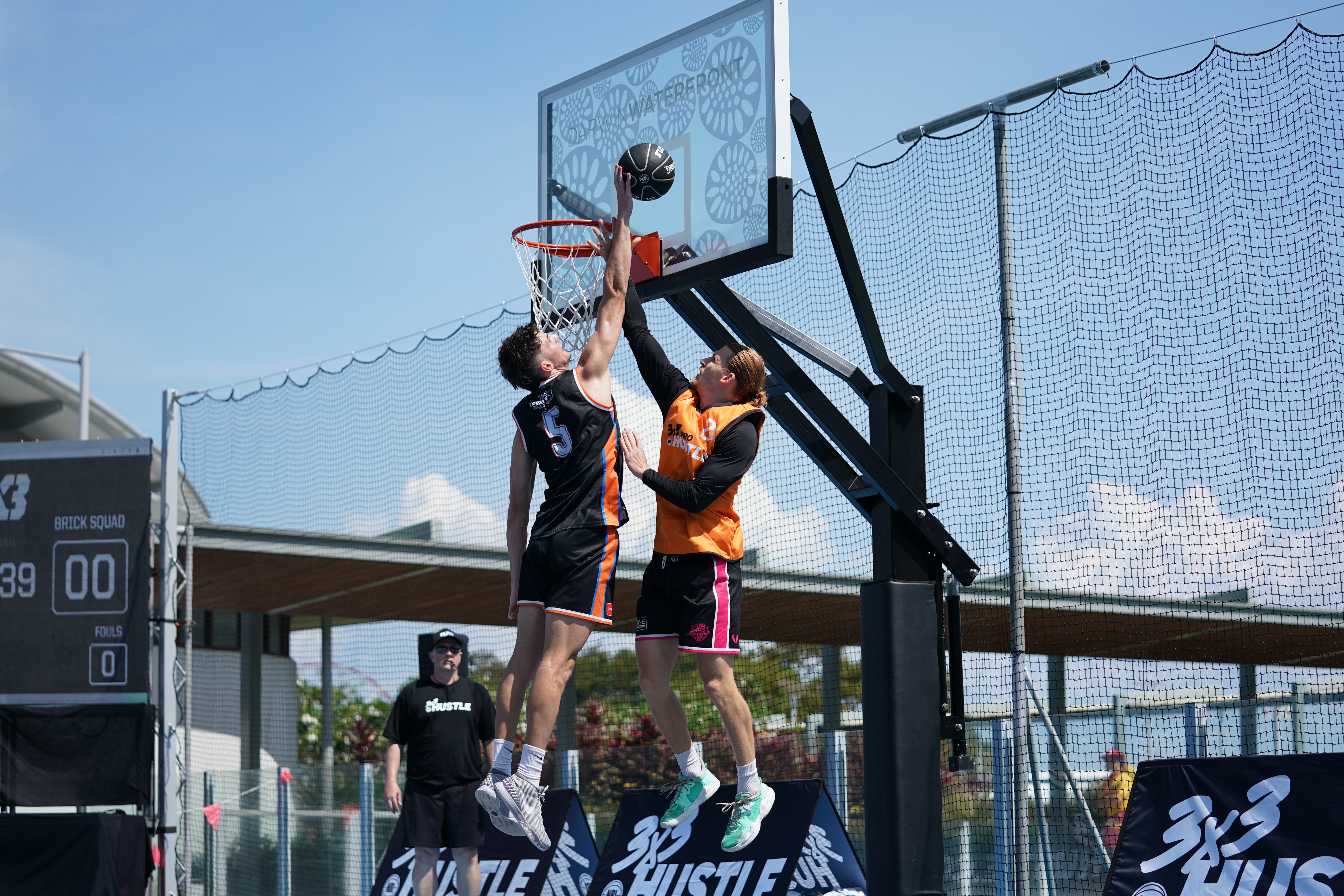 The first day of the 3×3 Darwin Pro Hustle began with scorching scenes on the court and temperatures reaching 35 degrees. The day consisted of Men’s and Women’s pool matches and in the afternoon the Women’s Finals took place!

The Women’s Grand Final match saw ‘Slam’ battle it out against the ‘Darwin Heat’ in a tight contest, that saw ‘Slam’ win by 1 point in a 18-17 finish. Congrats to WNBA Leliani Mitchell and the rest of the Slam team on winning the Women’s Darwin Pro Hustle!

Day 2 of the 3×3 Darwin Pro Hustle was another high-energy 3×3 Hustle, with the Men’s competing for a $5,000 prize pool and a place in the next FIBA 3×3 Challenger Competition.

The Men’s Grand Final match saw ‘Made Ballers’ battle it out against the local Darwin Salties in a fierce battle for the $5,000 prize pool and a place in the next FIBA Challenger Competition. Made Ballers clinched the win with a monster dunk, beating Darwin Salties 21 to 15.

Thanks to the Darwin Government, Gage roads, all teams that competed and spectators who watched the 3×3 Hustle action at the Darwin Wharf Precinct over the weekend!