Huffman Explains Why USA Basketball is Behind in 3×3 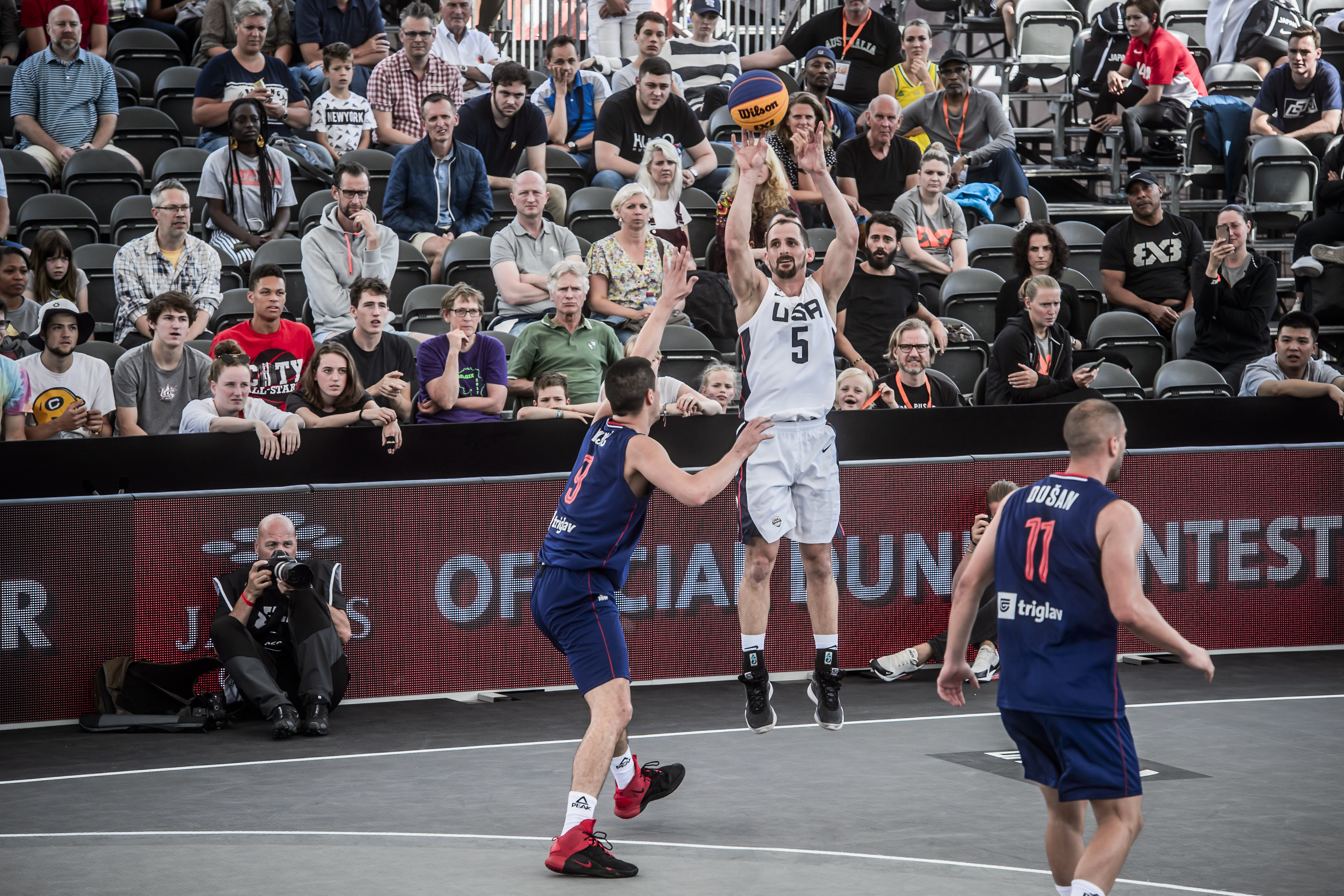 Damon Huffman has opened up on why he believes USA Basketball is “still behind” in the 3×3 space and has highlighted ways they can improve the talent pathways in the game’s shortened format.

Huffman was part of the USA’s 2019 FIBA 3×3 World Cup winning team and has become a staple on the FIBA 3×3 World Tour with Princeton. He is of the notion successful 3×3 players can’t be randomly plucked from five-on-five teams, but they need to be developed from the early stages in their career.

“I think USA Basketball is still behind and I say that because the basketball market, everyone’s dream is still to play in the NBA,” Huffman told the 3x3Hustle Hype Podcast.

“If they’re not in the NBA they’re going to play in Europe. The money for playing five-on-five is still good enough to dissuade you from playing 3×3.

“Once 3×3 gets to that tipping point of guys making hundreds and thousands of dollars, then you will start to see that shift of talent that you can take from five-on-five.

“We touched on all the top leagues in Europe and we still weren’t having the results that we wanted in 3×3 and it shows you can be talented in five-on-five but there’s this learning curve to the skillsets and the strategy.

“When you go into a five-on-five game you have a coach who is telling you exactly what to do, what your scouting report is, you have a whole week to prepare.

“It takes a lot of preparation and understanding the rules and the framework of the sport to be successful.”

Huffman used a 2019 3×3 tournament ran by USA Basketball as an example of the point he is trying to make.

“The rest were all professional 3×3 teams like us (Princeton), NY Harlem, Minnesota 3BALL and others.

“Not one G-League team made it past the quarter-finals and coincidentally the two college teams made it to the semi-finals which I thought was interesting.

“It shows these G-League players are super talented, but they don’t have the strategy to play a whole tournament and understand the preparation, the scouting in between games, the strategy of fouls.

“There’s just so much that goes into it that’s different to five-on-five and if you’re not prepared you can lose because it’s only a 10-minute game and there’s no second half.”