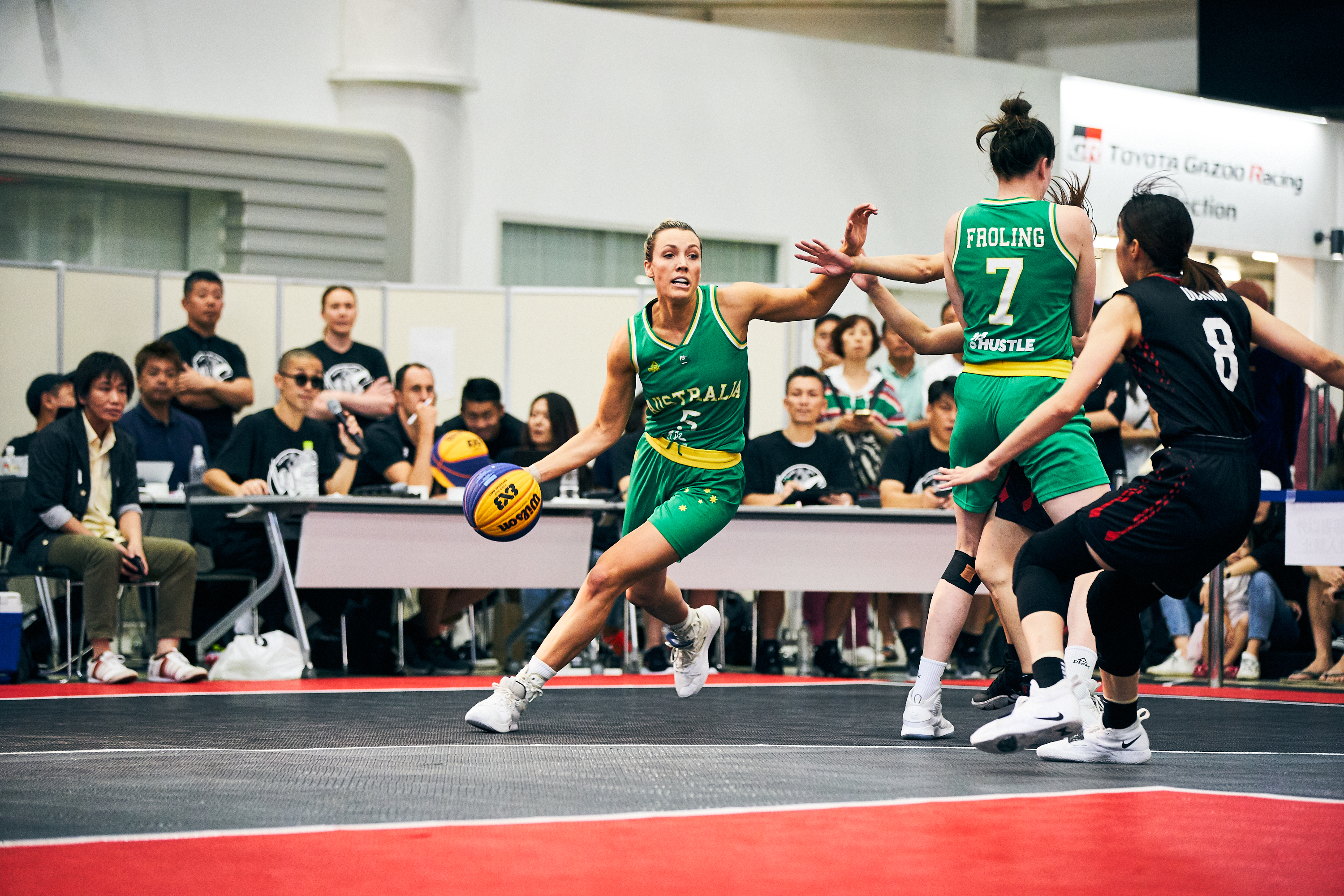 When Melbourne became the epicenter last year of Australia’s worst outbreak of COVID-19, Maddie Garrick admits she “really struggled” while also grappling with the realisation that her Olympic dream had been frustratingly postponed.

The 29-year-old will be a key part of Australia’s women team at the FIBA 3×3 Olympic Qualifying Tournament in Austria on May 26-30. The Asia Cup 2019 champions, one of the favourites to earn a ticket to Tokyo, are pitted in Pool B and face rival Japan, Iran, Ukraine and Thailand.

Fresh off a couple of intense preparation camps, Australia is raring to go and the excitement to represent her country is something Garrick could only have dreamt of during a grim period last year when Melbourne was under strict lockdown measures for four months.

“I really struggled in the beginning of lockdown,” she said. “Having such a structured life to suddenly nothing at all and being in the unknown was really difficult to deal with.

“The biggest thing was losing my purpose and working towards going to the Olympics. I was not in a great place.”

The 1.8m (5ft 11in) player – renowned for her all-round skillset – was snapped out of the funk through FIBA 3×3’s dribble challenge on TikTok, where interacting with fans brought her cheer and renewed purpose.

“I was struggling for motivation but doing that actually got me going again,” she said.

“I had young fans who really liked it and I was able to inspire them, which felt really good.”

It spurred the naturally jovial Garrick to help others struggling with isolation and she provided online mentorship for hoopsters unable to be exposed to coaches while in lockdown.

“I wanted to connect with those who had a passion for the game and mentor them,” she said.

“If I could pass on the things that have worked for me then that could be really helpful for them.”

Helping those battling mental health issues has long been a passion for Garrick ever since she overcame anorexia as a teenager.

“(Anorexia) is a mental health illness,” she said.

“The scariest part was what was happening in my mind. I’ve spoken to younger people about the challenges because it’s something that I’m passionate about.

“Mental health illnesses all have an underlying theme and I can connect with people battling them and share how I dealt with my issues.

“I told my story because you don’t have to be stuck in it. I’m living proof you can get through it. If I can help one person, that’s all that matters.”

Garrick’s resiliency mirrors the hardnosed Australia team, who play a disciplined style and have inner confidence despite not playing a competitive match since September 2019 when they won in Tokyo on the Women’s Series.

“We are coming together really well,” she said.

“We’ve had two official training camps and they’ve been so competitive. We have a lot of fun together.”

As Austria approaches, Garrick and her teammates aren’t shrinking from the moment with the knowledge that qualifying for the Olympics can put 3×3 on the map in the congested sports market Down Under.

“We were the first ones to make it a big thing in Australia,” she said of the women’s team who finished fourth at the FIBA 3×3 World Cup 2019.

“You want to be known for something and this is the perfect opportunity to create history.”

Having endured so much frustration and self-doubt during the lows of lockdown, Garrick won’t be taking the pure joy of playing 3×3 for granted when she steps onto the court in Graz.

“After the challenges I had with my mental health, it really was an awakening moment – that I have to do this and fulfil my dream of making it to the Olympics,” she said.

“Having everything taken away made me see what I really wanted and gave me greater incentive.

“If we make the Olympics it will be more emotional than it would have been under normal circumstances.”