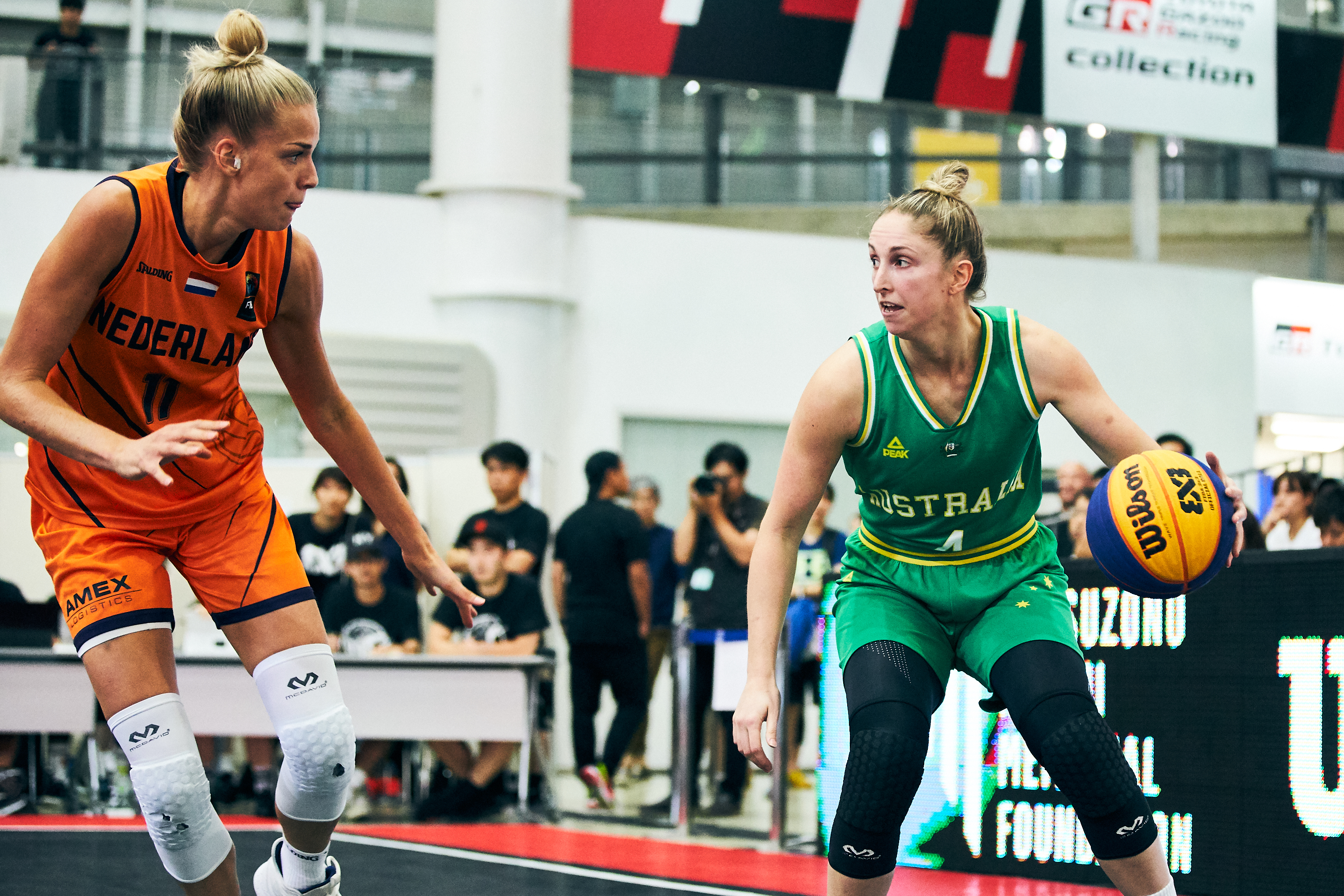 If Australia’s 3×3 women team qualify for the Tokyo Olympics, Rebecca Cole will be extra emotional knowing she has made her beloved father even prouder.

The 29-year-old is Australia’s heartbeat and their driving force behind realising their Olympic dream, which starts at the FIBA 3×3 Olympic Qualifying Tournament in Austria on May 26-30. They are pitted in Pool B and face Asian rival Japan, Iran, Ukraine and Thailand.

Even though they are only ranked 21st, Australia will be one of the favourites to collect one of the three tickets to Tokyo on offer in Graz after winning both Women’s Series  2019 stops they competed in and finishing fourth at that year’s World Cup.

After they won the Women’s Series Tokyo in September 2019 – the last time the team was in action – Cole’s world came crashing down when she arrived home and found out her father Gary was diagnosed with cancer – Non-Hodgkin lymphoma.

When the Covid-19 pandemic hit and shut down daily life, it provided a silver lining for Cole who lives with her parents in Melbourne. It was an opportunity to spend quality time with Gary, who was once a champion soccer player in Australia and represented the national team.

“We had fun times, played board games together,” Cole said.

“We were out competing against each other, which we always have fun with. I definitely cherish that time together.

“We are both ambassadors for Lymphoma Australia and were able to spread awareness, which I wouldn’t normally be able to do being away travelling and competing.”

Thankfully, Gary’s health has improved and he is currently in three-month remission which is “super exciting” for the Cole family. Their love of sport and ultra-competitiveness is something that bonds them – bragging rights are well earned – but Cole could trump her hero if Australia emerge from Austria with a coveted ticket.

“Dad never made it to the Olympics in his career, so that’s something I can have over him,” Cole laughed.

“It would be amazing if I become an Olympian because I know how proud both my parents will be.

“I still live with mum and dad and they’ve been with me through my whole journey. They’ve seen the highs, lows, blood, sweat and tears. It will be emotional playing in the Olympics.”

Having endured a near four-month strict Covid-19 enforced lockdown in Melbourne last year, which she admits was “pretty intense”, the 1.78m (5ft 10in) player took up reading and on the recommendation of Gary she turned to self-help books to get through the grim situation.

“They were about making yourself better and help you with your mental state,” said Cole, whose bubbly personality makes her a natural 3×3 ambassador.

“I want to get the best out of myself and  to turn the negative of the Covid situation into a positive.”

Her mental toughness – and nifty handles and shot making – will be at the heart of an Australian team that is mighty talented on paper but lacks continuity having played only scarcely on the circuit pre-pandemic due to the team being based so far away from most of the 3×3 action.

But with the team getting reacquainted with the 21-point game during a couple of intense camps recently, Cole believed Australia was stronger than when they were last seen lighting up the Women’s Series.

“The team has gotten so much better since 2019 so that’s exciting for us,” she said.

“We’ve really brought 3×3 to life in Australia and shown people it’s the real deal. By qualifying for the Olympics, we will prove what can be achieved in this game we love so much.”

And if she does step onto the 3×3 court in Tokyo, Cole knows her biggest supporter will be beaming with pride back home in Melbourne.