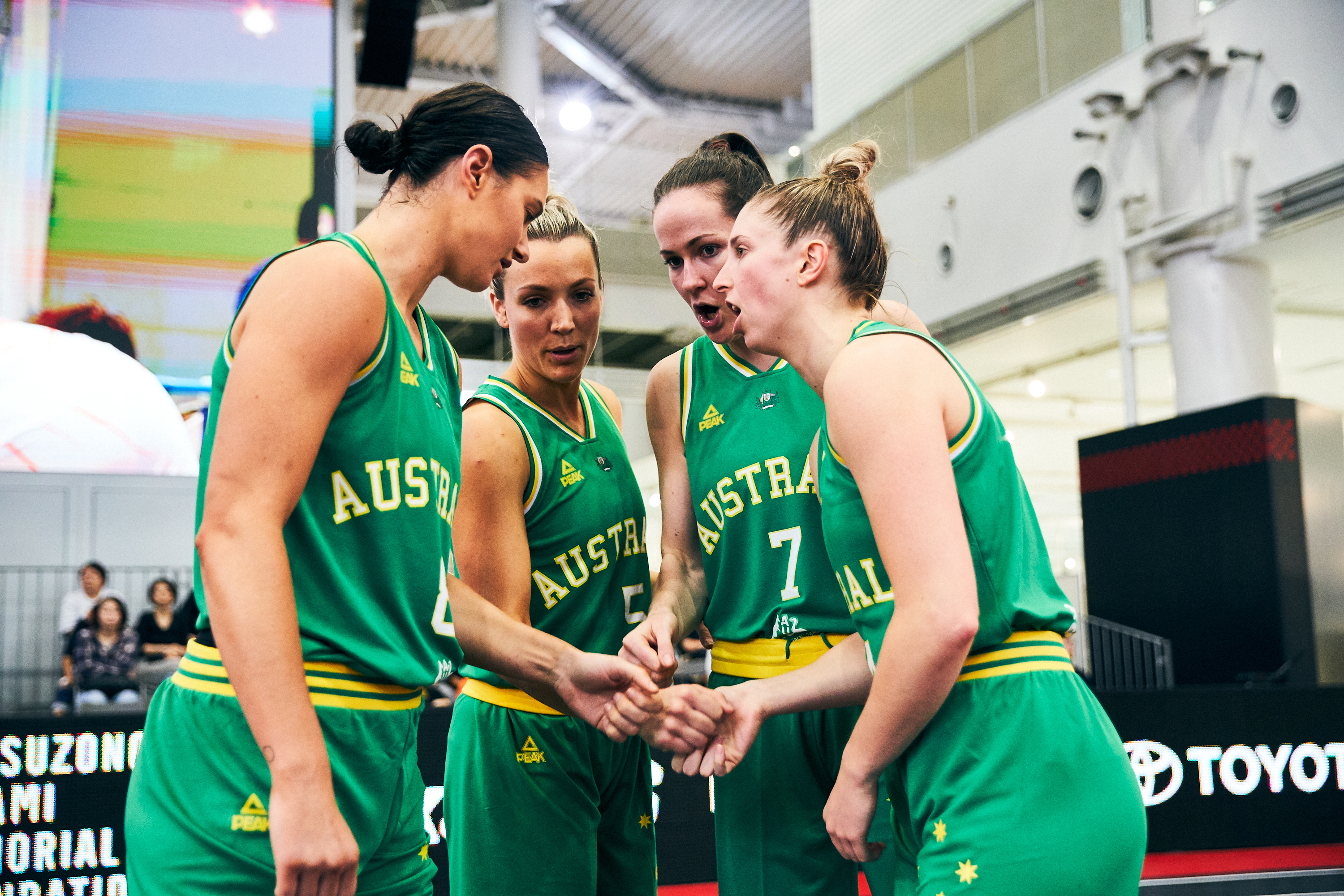 The squad of Bec Cole, Alice Kunek, Maddie Garrick and Keely Froling – the same quartet that represented Australia at the FIBA3x3 World Cup – had a chance to advance straight to the semi-finals with two wins, but will instead begin Sunday with a do-or-die quarterfinal clash against Romania.

In their first 3×3 game together since the World Cup, Australia looked sharp in their opening match against Japan, the offence clicking on all cylinders from the first few possessions.

An Alice Kunek game winner in the dying seconds sealed the entertaining 21-17 win over Japan. Kunek led the scoring with nine points, while Cole added six and Garrick and Froling scored three each.

In the second contest, a highly physical Netherlands team got the better of Australia, 21-12. Garrick and Kunek led the way with four points apiece.

Australia faces Romania at 3:55pm AEST tomorrow in the quarter final of the event. You can watch the tournament live on the FIBA3x3 YouTube channel.