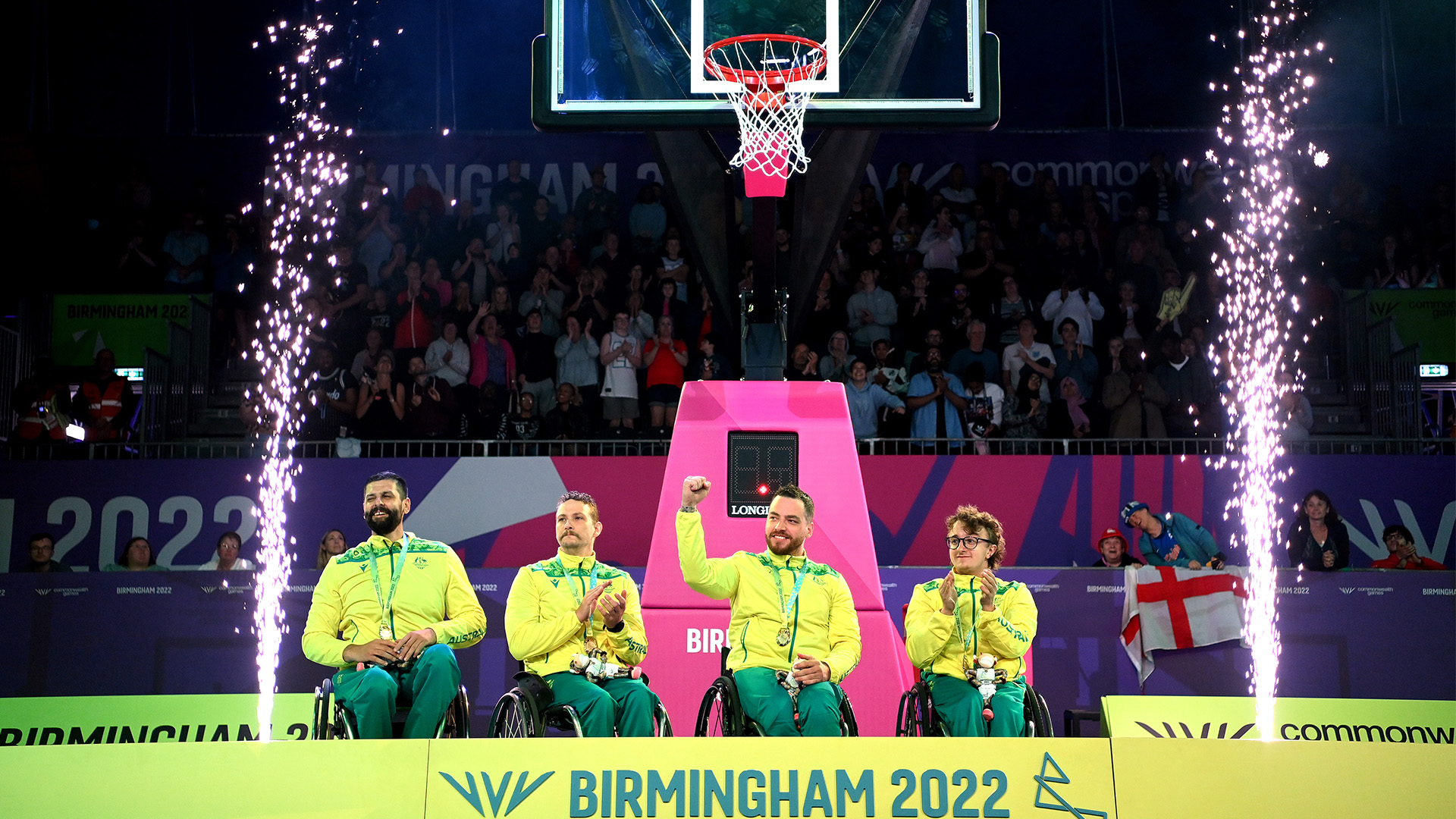 All four Australian 3×3 basketball teams added to Australia’s medal tally at the Commonwealth Games, as the 3×3 Games’ debut wraps up. Three of the four Australian teams were vying for gold, with three of the finals decided by two points or less, keeping the ferocious English crowd on the edge of their seats on the final night of 3×3.

Gold for our men’s wheelchair team, as Australia prevailed over Canada in a thrilling final, securing the first ever Commonwealth Games 3×3 gold medal, 11-9. It was one for one throughout the majority of the game, with Luke Pople’s six points proving a game changer for the green and gold. Lachlin Dalton was heroic once again, as he recreated his winning semi-final two-point shot late in the gold medal game and granted the slightest of space on the scoreboard.

The women’s wheelchair team’s had a hard fought match, managing five points against Canada’s. The Aussie gave it their all but Canada’s efficiency with the ball made the difference to the match and led to their victory, 14-5, granting the Aussie’s the silver medal.

The third of Australia’s gold medal matches saw our men’s team and host nation England fight it out in a highly physical and contested battle, decided in an overtime thriller. The intensity was highlighted with Australia striking seven fouls mid-way through the match and England quick to follow. Every foul in the second half led to two free throws, which led to several lead changes and 15 a piece at the final buzzer. Australia  had the upper hand scoring the first of two points needed in overtime but that wasn’t enough with England’s clutch two-point basket, locking in a 17-16 final score and silver for the Aussie men’s team.

A come-from-behind two-point victory over New Zealand secured the bronze medal for the Australian women’s team. Down by four with 3:29 on the clock, it was a nine-point surge led by Marena Whittle (nine points, six rebounds) in the final minutes that locked in the podium finish, 15-13. A huge defensive effort, highlighted by 15 defensive rebounds across the (Scherf, 5, Wilson, 4, Whittle, 4) proved monumental in their victory.

“The Commonwealth Games showed the world, especially Australia, how amazing 3×3 can be. I’m so lucky to have been apart of it. I’m speechless about the experience, the whole thing was nothing short of amazing. I’ve definitely got the 3×3 bug now – bring on more tournaments!” – Marena Whittle

Tip Off for 3×3 Basketball at the 2022 Commonwealth Games in Birmingham
Shoot Zone to expand 3×3 Community in WA!