All eyes on Tokyo: Biwer 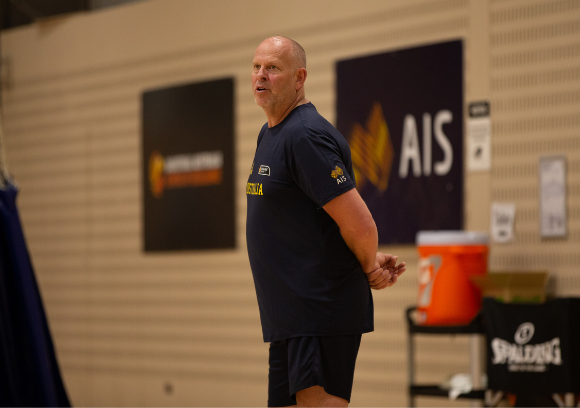 Tokyo 2020 and the dream of representing Australia is at the centre of thoughts for the Australian 3×3 Women’s squad this week, during a four-day training camp ahead of May’s Olympic Qualifying Tournament.

The forthcoming Tokyo 2021 Olympics marks a significant moment for 3×3 basketball, as the newest format of the sport will make its Olympic debut.

With little over two months until the selected four-person team heads to Graz in Austria to vie for a ticket to Tokyo, head coach David Biwer said this camp provided an invaluable opportunity for players to put their hand up for final team selection.

“The camp itself has been fantastic. Seven or eight out of the nine athletes that were able to attend this particular camp have a lot of 3×3 experience, so they knew what to expect here in camp. We have taken it up another level this week while training at the Australian Institute of Sport, but the girls have weathered the storm and things are looking really promising,” Biwer said.

“Competition for spots is becoming very competitive and everybody is bringing something to the table. We’re trying to form our top four to six players over the coming months, so this camp provided vital insight in doing just that, as we try to find a balanced group that can not only complement each other but get us gold.”

Amongst the 12-women squad striving for a spot in the team is young gun Ruby-Belle MacDonald, a current athlete in the Basketball Australia Centre of Excellence Women’s program.

Biwer was proud of the way MacDonald has slotted well to the current group.

“Ruby-Belle herself has been outstanding, you could see the look on her face in the first training session, the ‘woah, I’ve arrived at another level’ look,” Biwer said.

“I’ve kept an eye on her early, because there is such a thing as older person strength, so I was watching her closely to make sure it wasn’t too overwhelming. But within 30 minutes she was right in there with them and the learning curve for her was much higher. I’m really pleased with her performance and more importantly, her tenacity.”

To qualify for Tokyo, Australia must finish in the top three at the May Olympic Qualifying tournament. Biwer predicts a challenge against experienced 3×3 nations in phase one before coming up against powerhouse nations like France and the US in phase two.

“There’s a couple of other hurdles we have to get over, one is ourselves, we don’t have as much experience as some of the teams out there and we’re going to be coming up against Italy and Spain in the early crossover. Both have a lot of experience in 3×3; however, we have a lot of basketball heritage that I hope will keep us in good stead,” he said.

“Then if we get through that phase, we’re going to be coming up against the likes of France and the USA. France has a lot of 3×3 experience, and the USA have a reputation of dominance in basketball, so they’re going to be some hurdles in the later stages of the tournament.

“We’ve just got to work hard and do our best, so that we can get ourselves a ticket to Tokyo.”