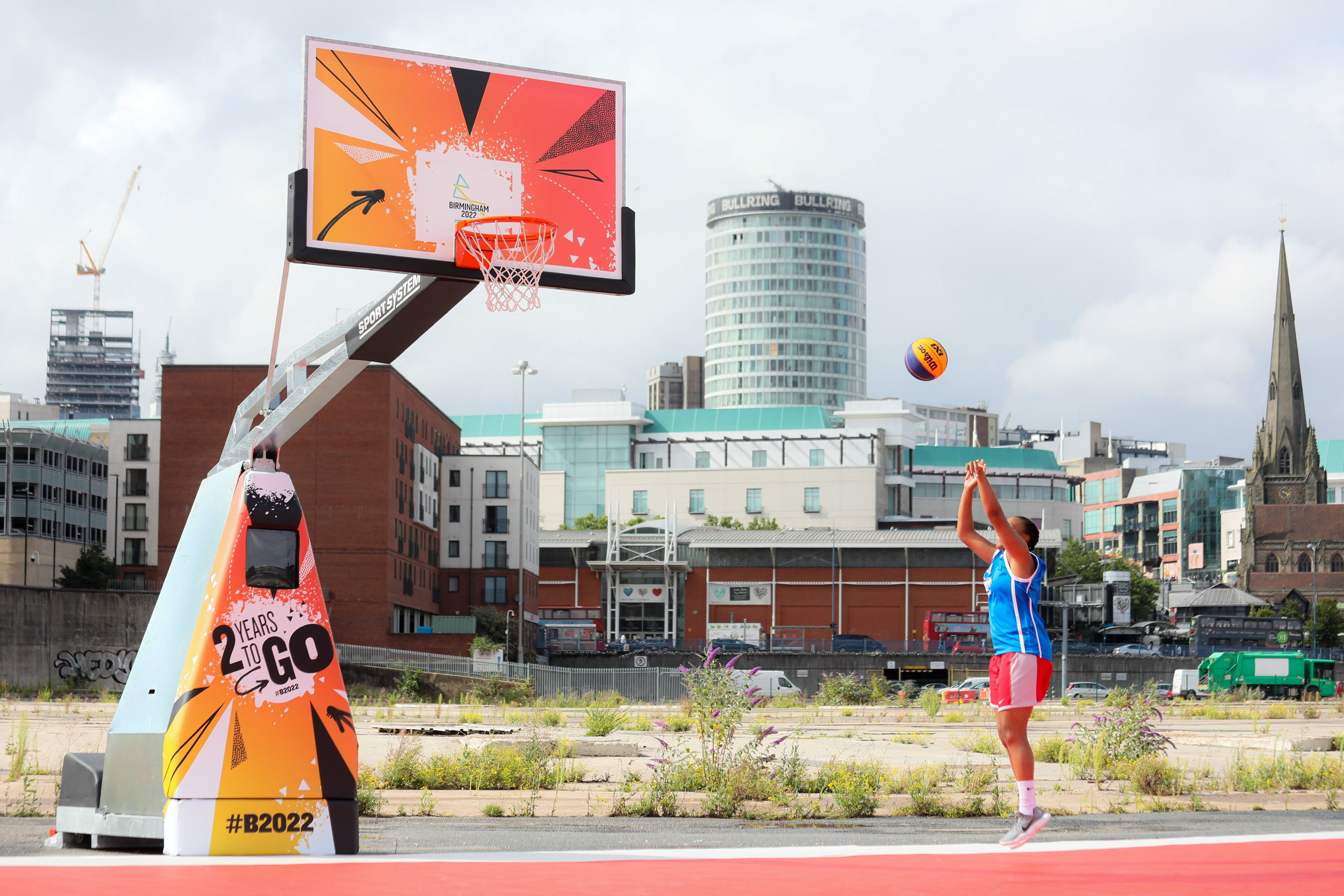 The 2022 Commonwealth Games in Birmingham are two years away and to celebrate the occasion they have unveiled Smithfield, with its impressive cityscape backdrop, as the chosen location to create two bespoke arenas side by side to stage the 3×3 basketball and beach volleyball competitions.

Smithfield, previously the site of Birmingham’s Wholesale Markets, is located at the heart of the city centre and will be a crucial venue, creating an urban hub that’s just a short walk from the famous Bullring shopping centre, with views of the Rotunda and Selfridges building.

The new venue announcement has been warmly welcomed by the sports that will play there and comes on what would have been the fourth day of sporting action at the Tokyo 2020 Olympics, with the prospect of a major multi-sport home Games providing a favourable point on the sporting horizon for Team England hopefuls, and other nations, to set their sights on over the next 24 months.

Temporary courts for the two sports have been set up at the site as part of the two years to go celebrations. Young basketballers from the City of Birmingham Basketball Club along with current and future stars of both sports are the first to try out the location and provide a glimpse of the sporting action that spectators can expect in 2022.

The 3×3 version of basketball is making its debut as a Commonwealth Sport in Birmingham. It will also be the first time that wheelchair basketball in any format has featured at a Commonwealth Games, a sport which is expected to be one of the highlights of the integrated para-sports programme – the biggest in history for the multi-sport event, with eight sports set to feature at Birmingham 2022.

Chief Executive Officer for Birmingham 2022, Ian Reid, said: “Today marks exactly two years to go until the official opening ceremony for Birmingham 2022 and we’re on track with our plans to host a spectacular event which will not only put Birmingham and the West Midlands centre stage but will also be an integral part of the region’s recovery plan following the global pandemic, bringing jobs for local people and contracts for local businesses.

“Smithfield is a fantastic location for these two sports, allowing us to bring together thousands of local people and spectators from further afield and enabling us to create a key hub for the Games in the heart of the city centre. It’s currently a blank canvas which will allow us to transform this location into a vibrant venue for two exciting sports that will no doubt bring a festival atmosphere to the Birmingham 2022 Commonwealth Games.”