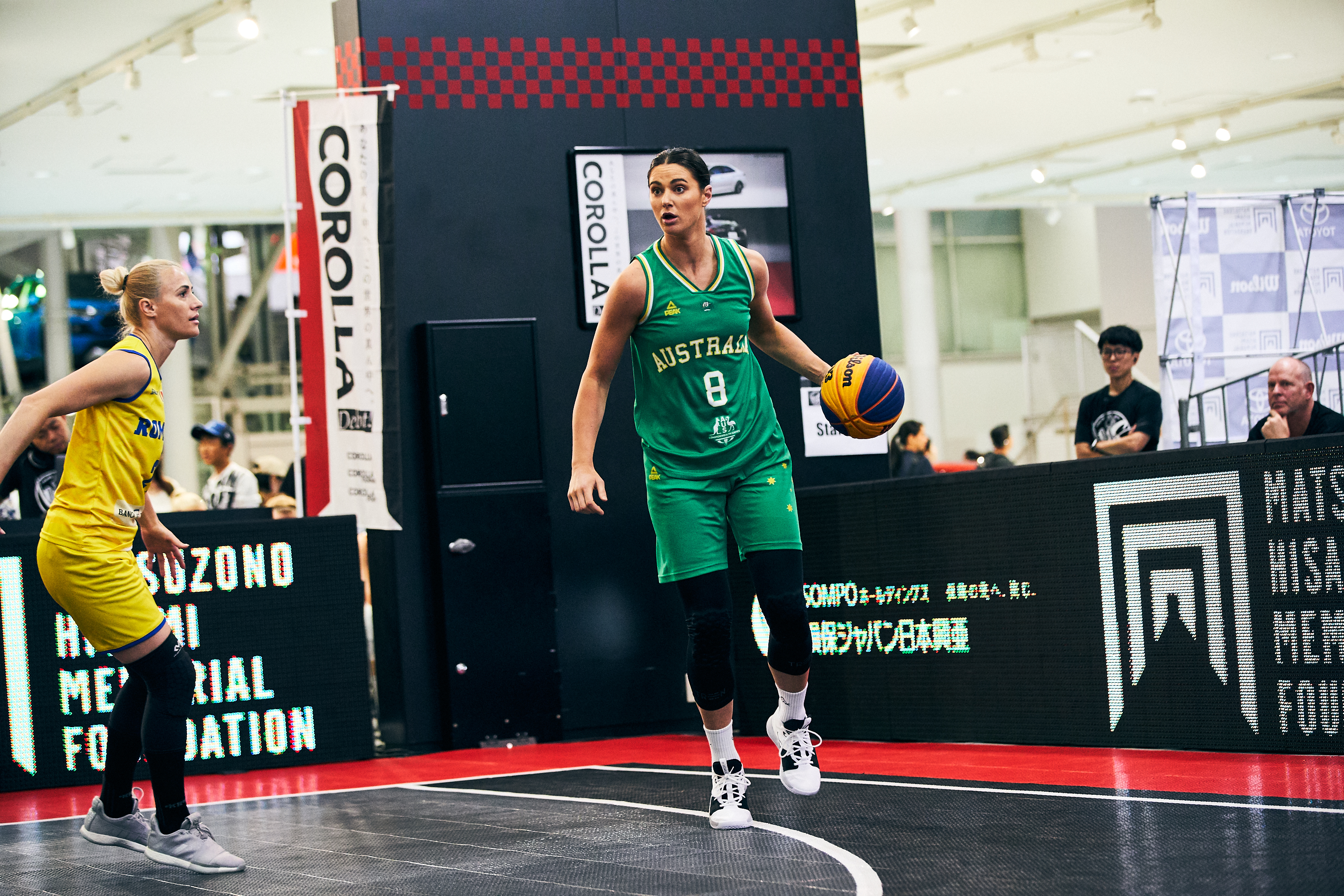 Kunek was joined by Katie Ebzery, Sara Blicavs and Tess Madgen at the event and has told 3x3Hustle Hype how none of the players knew what they were getting into.

“It was so crazy. We got this call from Basketball Australia and they were like, do you want to go and play in this 3×3 tournament in Greece in Athens. We were like yeah…what’s this…ok no worries,” Kunek said.

“We had never played 3×3, you only really played it when you were at training in warm-up drills. We went to the Institute of Sport for like three days before we had to fly out.

“We had to play against the boys, it was like Dante Exum, Mirko (Djeric), that kind of crew. I remember thinking what the hell have we got ourselves into, this is so hard.

However, Kunek says once the group got their feet under them and arrived in Greece, it was an enjoyable competition, apart from the scorching European weather.

“We get to Greece and we were just like, not over our head, but we were like what is going on,” Kunek said.

“It was really awesome, it was such an amazing tournament. We basically played outside and it was the middle of summer in Greece, I remember some days it was like 40 degrees and you would pray for the 6pm game.

“We had such a good group of girls, we were pretty unlucky to not make the gold medal game, we lost to USA by a point pretty much on the buzzer. We were really unlucky and then we beat Ukraine in the bronze medal match. Such an amazing tournament, so much fun.”