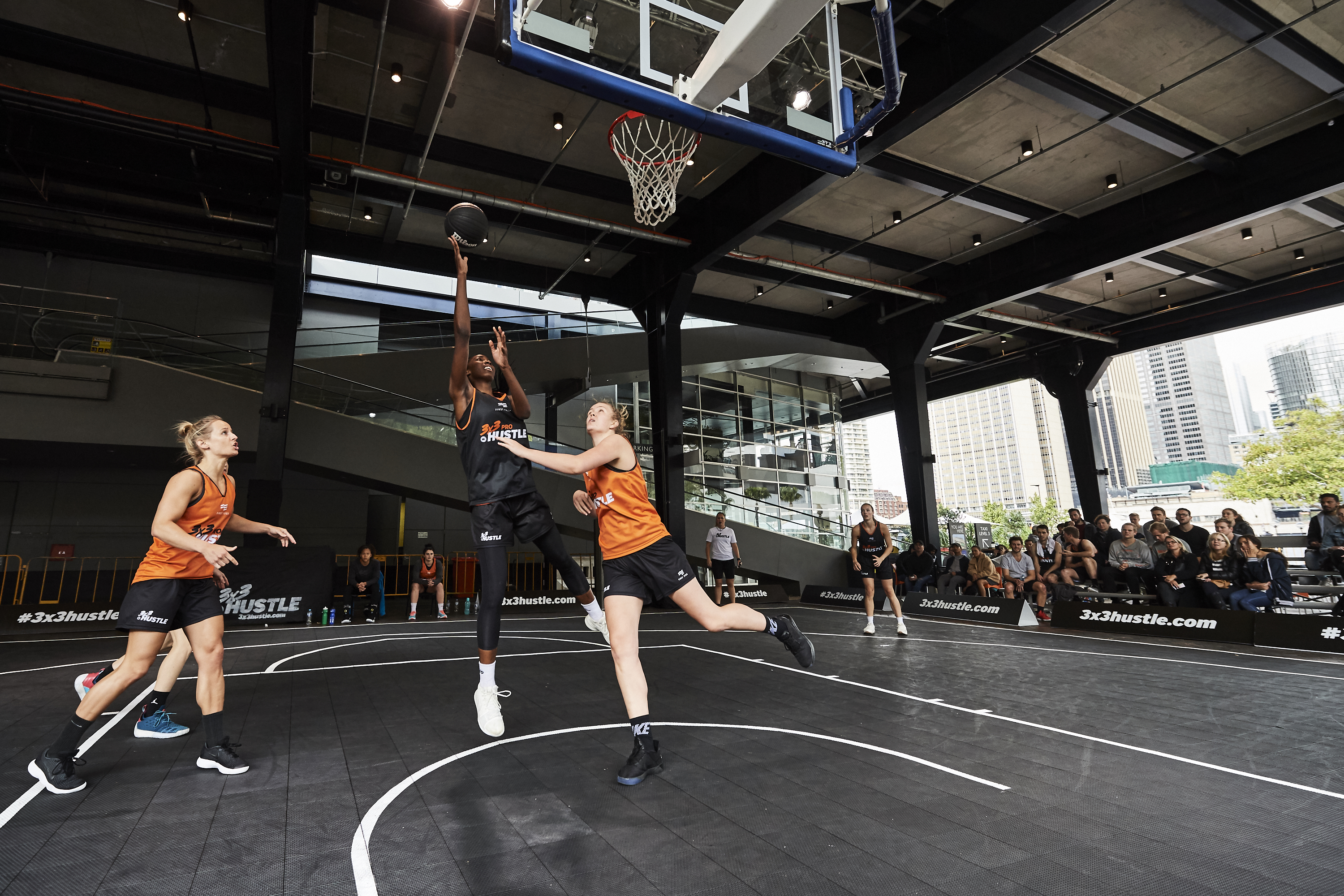 The 2019 3×3 Pro Hustle Tour will be taking over the Melbourne Showgrounds, this Sunday March 31. Get ready to see the hottest handles and fastest feet, when we showcase Australia’s best 3×3 ballers – featuring NBL, WNBL, and State League players. They’ll be playing for Pro Hustle glory, and a total prize pool of $150,000 AUD.

NBL fans will be familiar with the likes of Peter Crawford and the Brisbane Bullet’s Jeremy Kendle who, along with Adelaide 36er – and NBL Rookie of the Year – Harry Froling and Lucas Walker, will form one of the most menacing outfits in the competition in Stateside Sports. Crawford – a former Boomer and Australian 3×3 squad member – will be looking to repeat his success from last year’s Pro Hustle Tour with a different squad.

Meanwhile, Crawford’s former team – TSV Reading Cinemas – have doubled down on Tim’s. They’ve recruited Illawarra Hawks star Tim Coenraad and local 3×3 gun Tim Keating, to go along with Keegan Tudehope, and Rees Matthew. Coenraad, a veteran of 282 NBL games, is fresh from being named in the Australian national 3×3 squad, and will be looking to prove his 3×3 wares against the best in the nation.

Both TSV Reading Cinemas and Stateside Sports will face stiff competition from Australia’s best ranked 3×3 team, Spectres iAthletic, despite missing their star player. The number-one ranked 3×3 player in Australia, Andrew Steel, went down with a grade-two adductor tear in training on the eve of the 3×3 Pro Hustle Tour and will not be available at the Melbourne Showgrounds event. Spectres will still have the services of Tom Wright, Joel Spear, Keli Leaupepe, and former Melbourne United veteran – and Aussie number-five ranked 3×3 player – Owen Odigie. In Wright and Odigie, Spectres iAthletic have two of the top five 3×3 players in the country and will be a formidable task for any team to beat.

The unknown quantity of Pro Hustle 1 will be Minakami Town.exe. The Japanese side plays in 3×3.EXE, Japan’s premier division of 3×3 basketball, and will be repped on the blacktop by Kento Kusaka, Masakatsu Shibata, Takaharu Tsugawa, and Kyosuke Shinagawa. 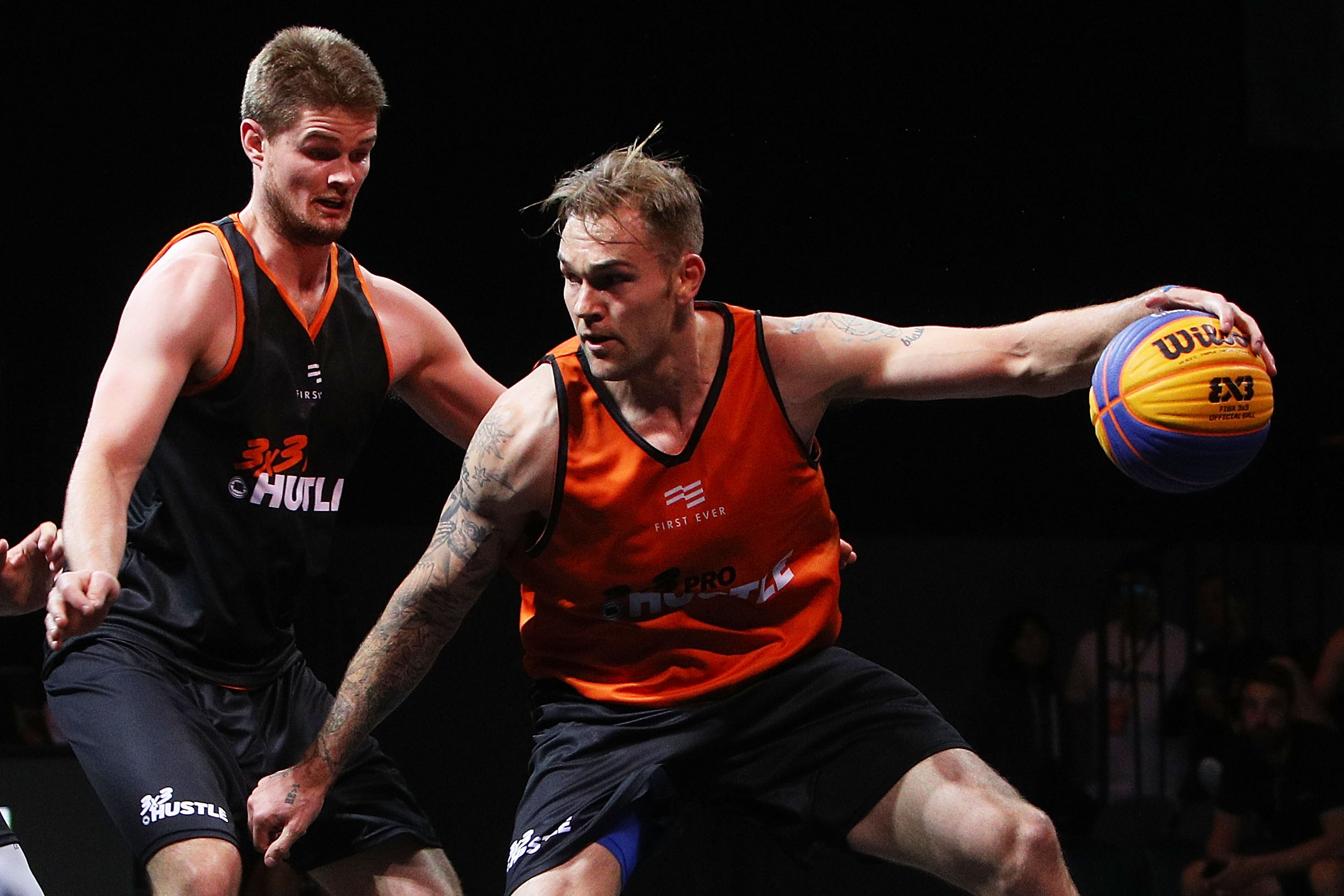 MELBOURNE, AUSTRALIA – APRIL 22: Jeremy Kendle of The Platypuses (R) in action during the match against The Bears during the NBL 3×3 Pro Hustle event held at Docklands Studios on April 22, 2018 in Melbourne, Australia. (Photo by Graham Denholm/Getty Images)

The Open Women’s competition will put some of Australia’s top players on display, with several strong teams doing battle for the crown.

Spectres iAthletic figure to put in another strong side in the 2019 iteration of the 3×3 Pro Hustle Tour, with WNBL Champion Keely Froling, Izzy Chilcott, Marena Whittle, and Aussie number-one Bec Cole suiting up for the defending champions.

Cole and Froling were part of the Australian Women’s national team that claimed bronze at the 2018 FIBA 3×3 Asia Cup, and both will be looking to further press their claim for national team selection with a strong performance at the Showgrounds.

Multi-sport superstar Monique Conti, as well as Kalani Purcell, Ezi Magbegor, and Chelsea D’Angelo will represent the Melbourne Boomers at Pro Hustle 1. Conti, a WNBL and AFLW champion, will be looking to add 3×3 Pro Hustle champion to her list of achievements while D’Angelo – a member of the Gems squad for the 2019 FIBA Under-19 World Cup – will be looking to secure more success with her Boomers teammates.

Another Boomer getting amongst the 3×3 action is WNBL Rookie of the Year Jaz Shelley, who will be suiting up for the Geelong Supercats. The young star has committed to playing ball at the University of Oregon, but will get a crack at taking home a Pro Hustle title before making the trip to Eugene.

If you’re in Melbourne, you’d be mad not to get down to the Melbourne Showgrounds and see the action for yourself. In addition to some of the best 3×3 basketball around, there will be food trucks, DJ’s, giveaways and some huge jams in the dunk contest.

If you can’t get down to watch in person, you can watch it all live FOX SPORTS 507 with Liam Santamaria, Corey “Homicide” Williams, Sam Groth, and Montana Farrah-Seaton calling all the action from 2:30pm.

You can also stream all the action from 1:00pm via the following channels:

The action kicks off at 12pm, with Finals commencing at 2:30pm.