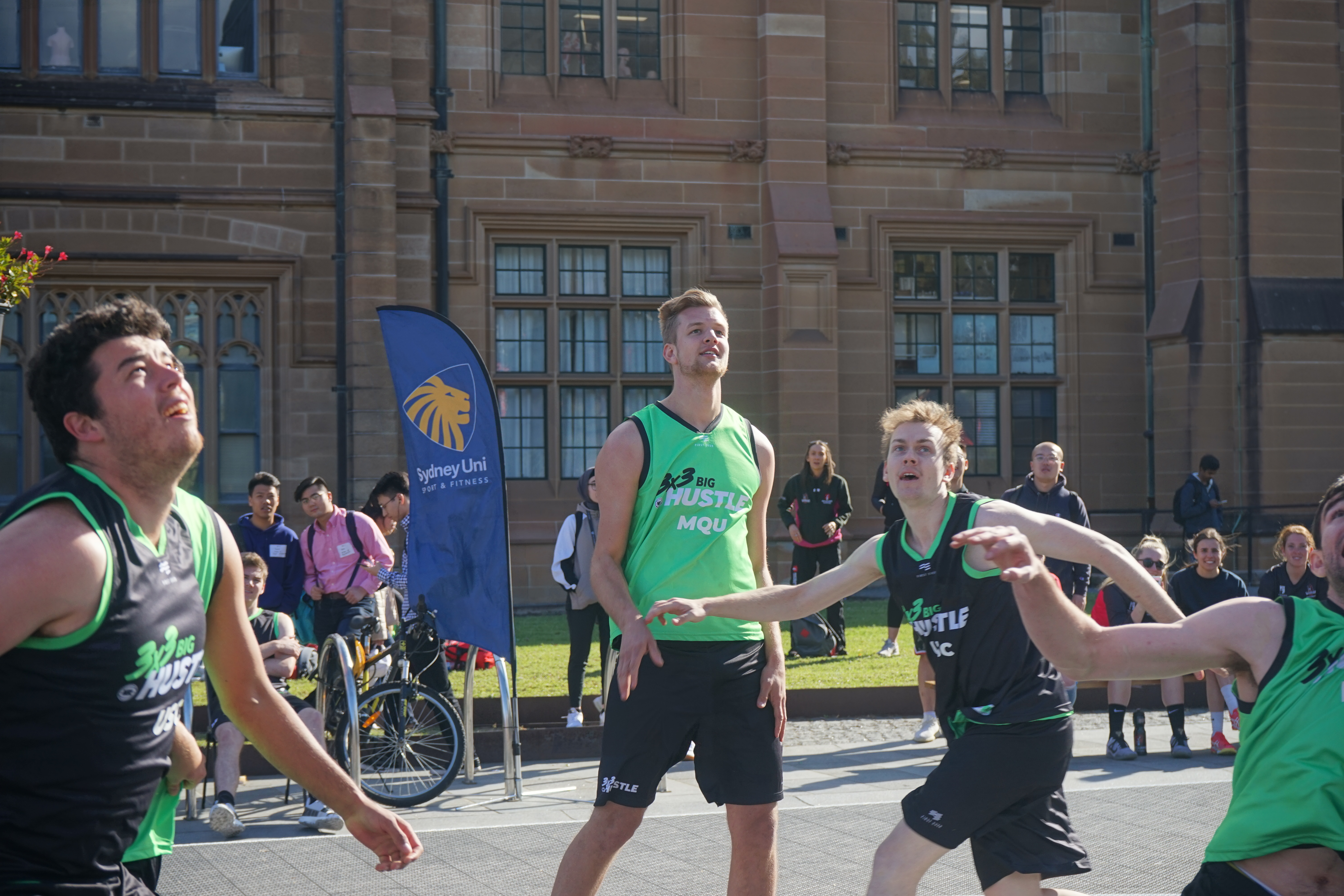 The University of Technology Sydney won the women’s championship, taking down Monash 12-11 in a thrilling grand final. Maddie Norris scored a lay-up in the dying moments to secure the victory for UTS.

In the men’s competition, Macquarie defended their championship with a comprehensive 18-8 win over the University of Newcastle in the final.

MQU had one of the tournament’s most talented teams with Cooper Wilks, Mike Golding, Ciaron Fitz-Gerald and Jayden Prakash. That group competes as Sydney Warriors in other 3x3Hustle and FIBA 3×3 events.

The 2019 NBL 3×3 Big Hustle Uni was played with a stunning backdrop provided by host school, the University of Sydney.