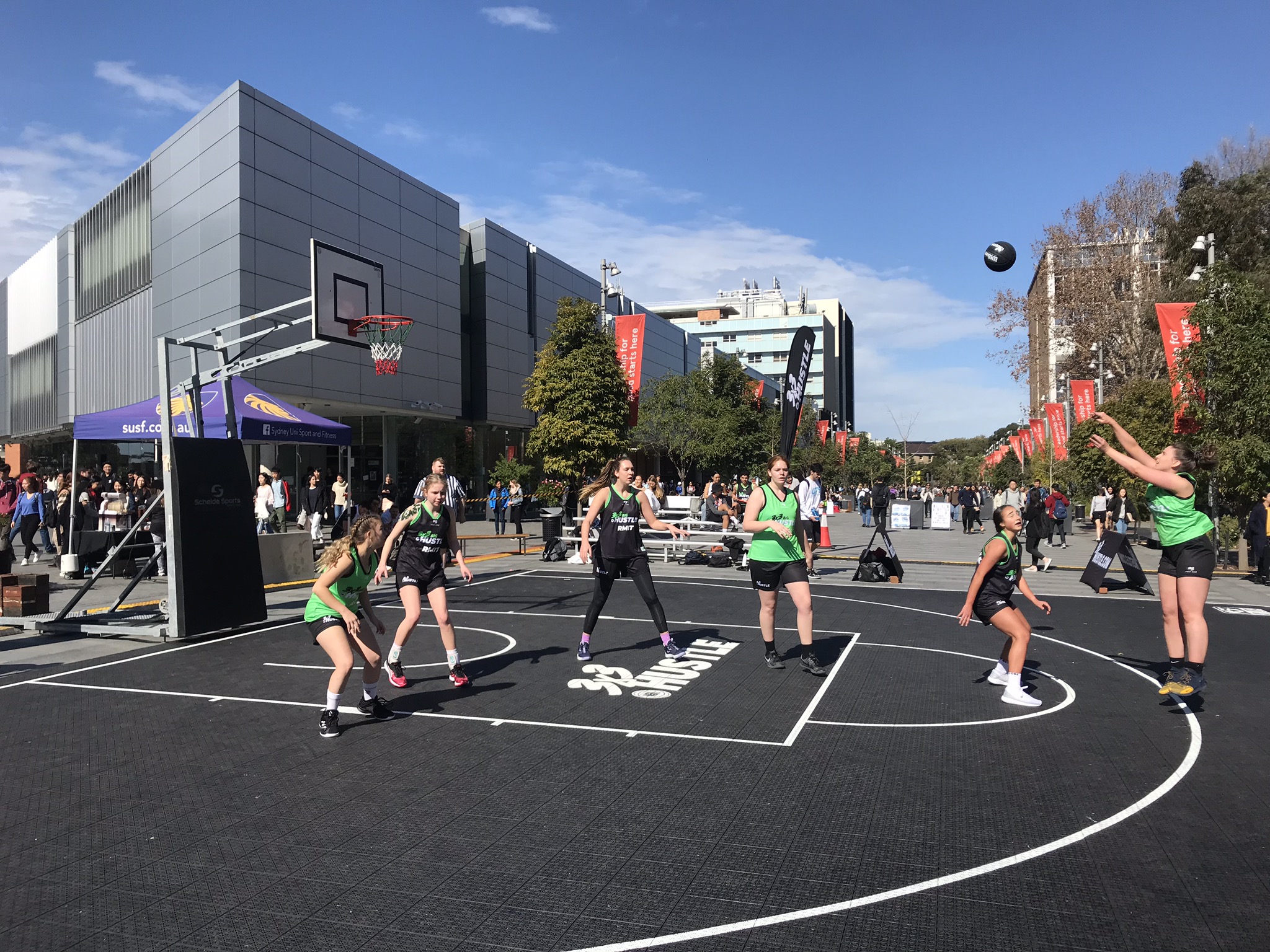 It was an action packed day one of the 2019 NBL 3×3 Big Hustle Uni on Thursday, with Monash and University of Technology Sydney booking their spots in the women’s semi-finals.

Both Monash and UTS went undefeated on day one, with the two squads finishing first in Pool A and Pool B, respectively. Their opponents will be confirmed tomorrow morning, when The University of Sydney battles RMIT in one quarter-final, and Western Sydney University meet Deakin in the other quarter-final.

In the men’s division, four teams have booked their ticket to the quarter-final stage – La Trobe, UTS, Monash and the University of Newcastle.

Their opponents will be determined tomorrow, when the final men’s pool games wrap up.