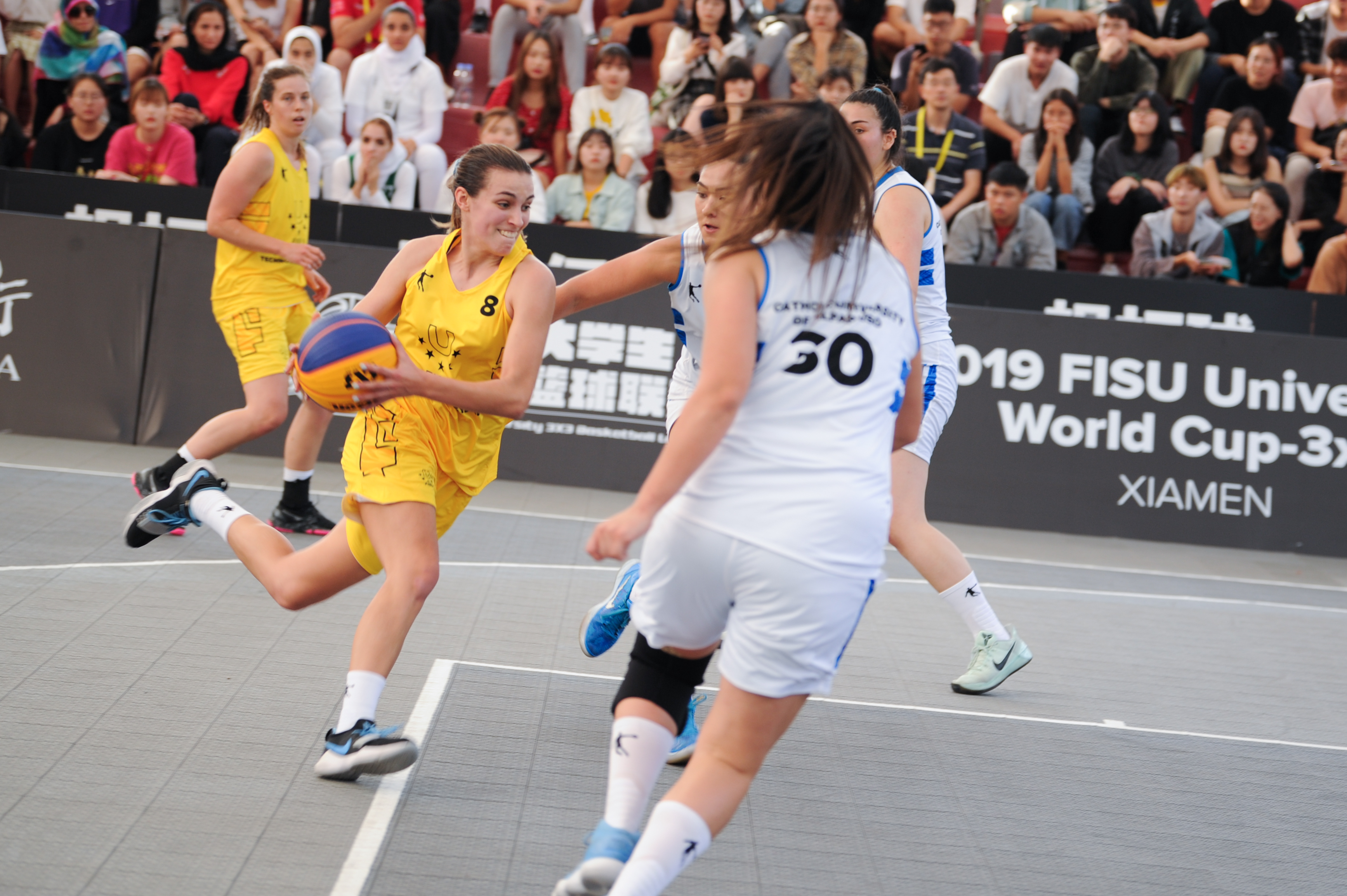 The University of Technology Sydney (UTS) has gone undefeated on the opening day of the FISU University 3×3 World Cup.

The team of Ali Burke, Maddy Norris, Rachel Duncan and Maja Jurlina hit the court in Xiamen, China and did not disappoint, winning their opening game against Catholic University of Valparaiso 17-12 before taking down Szechenyi Istvan University 18-10 in their second contest.

In the men’s tournament, Macquarie begins their campaign tomorrow, Friday November 1, against Civil Aviation University at 8:00pm AEDT before playing the University of Otago later that night at 11:20pm AEDT.

Maddy Norris with the dagger 🗡 for @UTSEngage as they secure the win in their first game of the @FISU 3×3 World Cup 🙌 pic.twitter.com/SYPU3ZFn5U

.@UTSEngage ends day one of the @FISU University 3×3 World Cup undefeated after an 18-10 victory in their second pool game 💪 pic.twitter.com/0gLULoGVvt