Novi Sad: The end of the greatest 3×3 team of all time 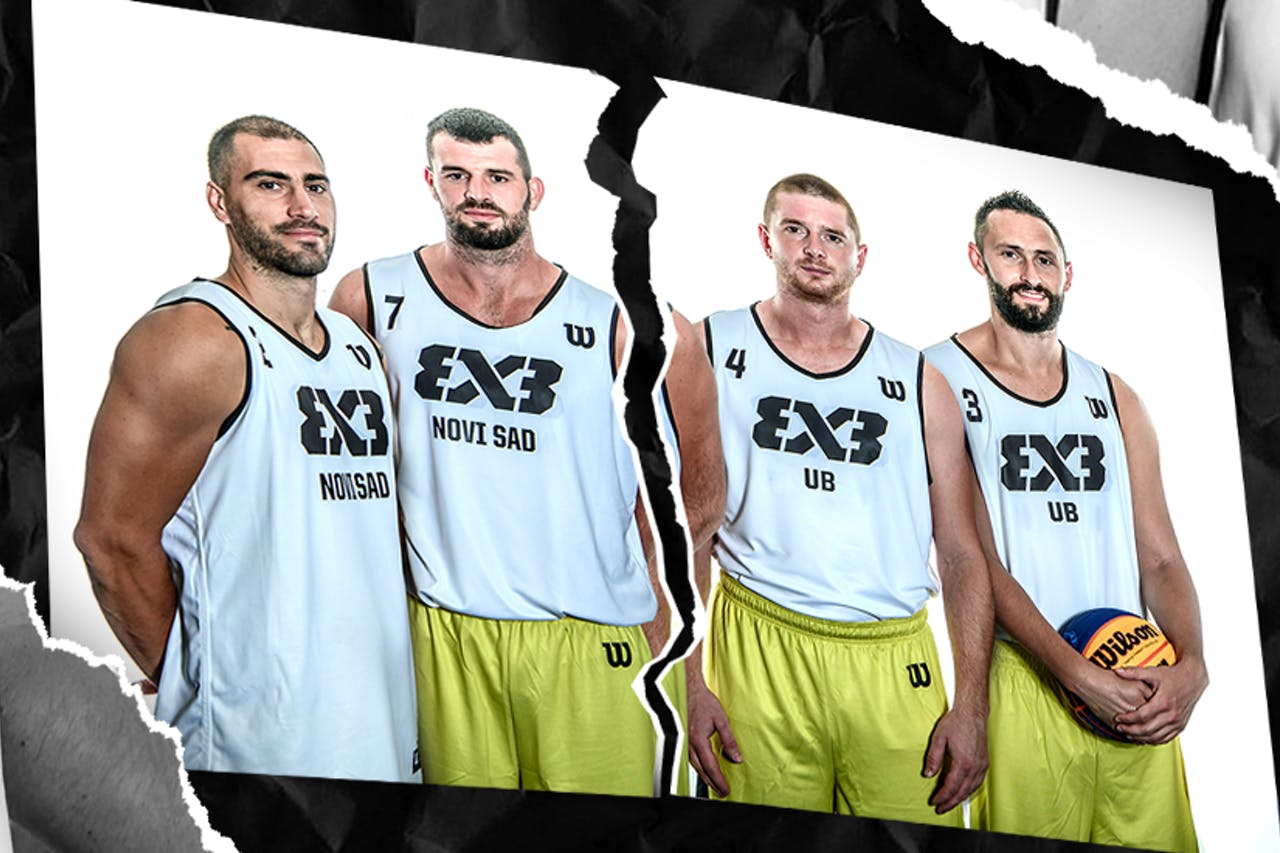 All good things must come to an end.

While we wait for the official start of the 2021 season, we have learned that the best team in 3×3 history, Novi Sad, is breaking up.

The team, consisting of Dusan Bulut, Tamas Ivosev, Dejan Majstorovic, and Marko Savic last played together at the FIBA 3×3 World Tour Europe Masters, the final time we would ever see them on the court as one.

It was the height of dominance, with the Serbians ruling every court they touched. They even finished the 2018 season undefeated, 32-0.

In 2020, it was a different story. Novi Sad, usually a favourite to win every tournament, found themselves equally and overly matched by two of 3×3’s next great teams: Liman and Riga.

In four events, they never once made the final and finished as low as seventh in the Europe Masters. At the Jeddah World Tour final, without Bulut, they could not complete the three-peat after two straight finals wins.

It was a difficult year for everyone, which put the changes in motion.

“Tamas (Ivosev) was the first player on our team who didn’t want to play 3×3 anymore,” sharpshooter Dejan Majstorovic explained.

Following this news, Dusan Bulut, Marko Savic, and Dejan came together to talk about what happens next.

“We came to the conclusion that we’ve won everything we can win together, so we decided to split.”

While the Novi Sad we have grown to admire will no longer take shape, Majstorovic and Savic now join Serbian side Ub, also from Serbia. The team was the runner-up at the Hungary Masters, which featured one of the top moments of 2020. Up 20-19, new star Miroslav Pasajlic put Bulut on skates and knocked down the game-winner to knock out Novi Sad, denying them a trip to the final.

It’s a moment that would end up being a precursor of things to come.

In order to get the new team together, “The Maestro” called the Ub team and asked them if they were interested in bringing Savic and him onto the team.

“They are a really good team with a bright future in this sport. They played really well in Debrecen (Hungary Masters) and had a chance to win on the last shot in the final. The goal of this season is to win the World Tour with them… and a lot of Masters.”

While they are going their separate ways, the team will once again reunite for the 2021 Olympics. Serbia are one of the few teams that have already punched their ticket to Tokyo, and the group, which has won nine international 3×3 medals together, will once again join forces for a goal much greater than themselves.

“We are going to practice together for the Olympics. We want to go there and win the gold medal, and to finish this great journey together.”

Leaving Novi Sad will be a bittersweet moment for Majstorovic, who has been a part of many memorable moments.

“All of the tournaments we have won. The three World Cups I won with them, the two Europe Cups, four World Tour titles and 20 Masters. I have great memories with Novi Sad, the best 3×3 team ever in this sport.”

In the future, we look forward to the team coming together again for the Olympics, and potentially for a meeting on the World Tour.

“It will be weird for sure (playing against Dusan). We played together for six years.”

Novi Sad will forever be remembered as the first 3×3 dynasty, with many records we look forward to seeing broken.