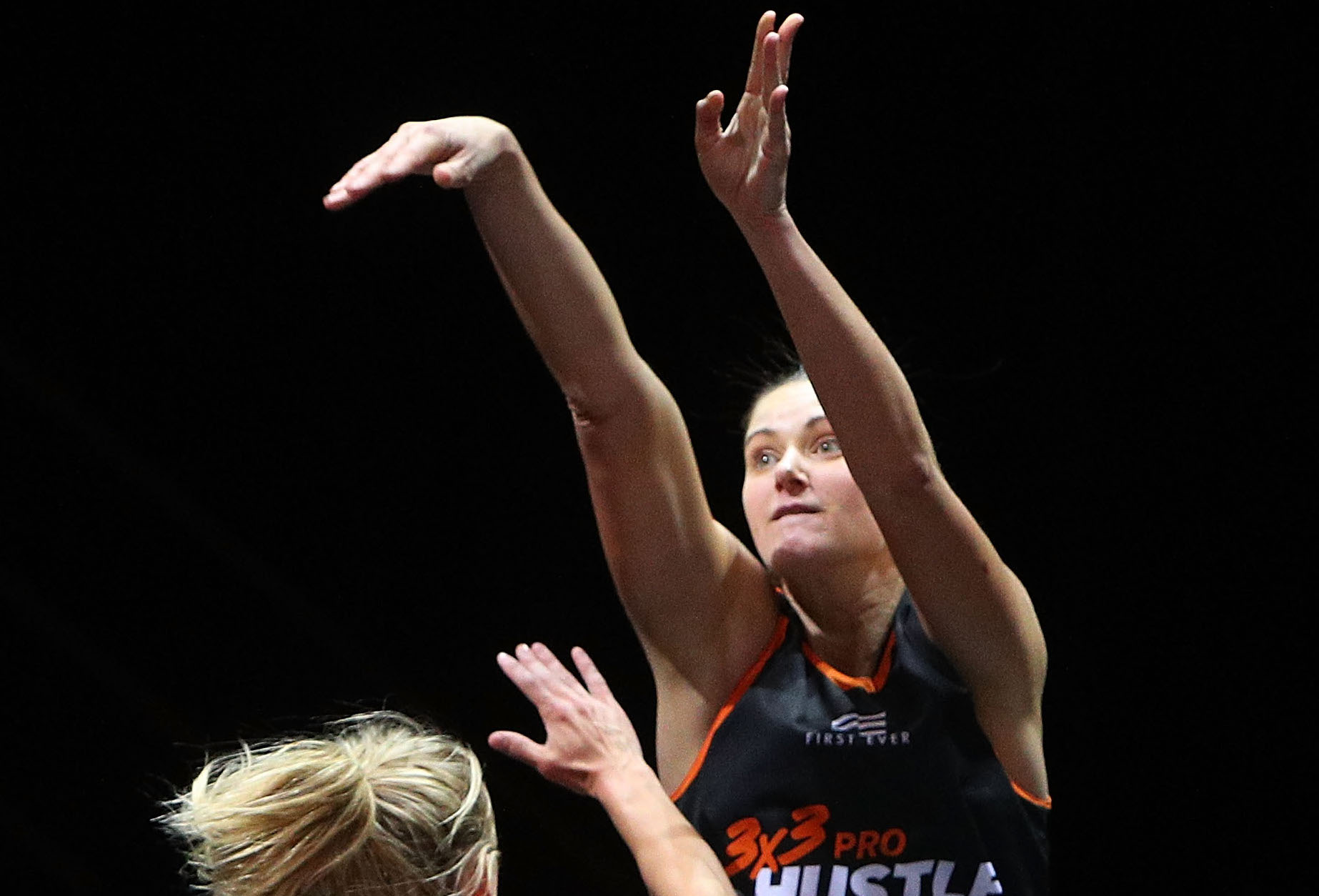 Alice Kunek is ready to get back into the 3×3 format and believes she has had the perfect preparation to acclimatise back into the shortened version of basketball.

The 3×3 game isn’t new to Kunek, as she represented Australia at the 2012 FIBA 3×3 World Championships, while also playing in last year’s NBL 3×3 Pro Hustle.

Having not played 3×3 since last May, though, there may be an adjustment period for Kunek, when she suits up in the last NBL 3×3 Pro Hustle event of the year in Darwin next weekend.

However, the 28-year-old is coming off a season in Poland with Energa Toruń, and she thinks the style of game in Europe will transfer seamlessly to the 3×3 court.

“Having a long season in Europe and then transferring to 3×3 will be really good,” Kunek said.

“I don’t remember it being so physical when I played in 2012. Last year when I played, I was in shock – I couldn’t believe it. Just how physical it is and absolutely no fouls are called unless you take off someone’s arm.

“For me just being in Europe, that’s the way they play in Europe, so you got to get tough or else you’re not going to go very far in it.

“It’s a super physical league and I played in the Eurocup, so I played in Russia, Turkey, France, Greece, we played all different teams from different countries and you don’t get a call in those countries I will definitely say that.

“I absolutely think that’s stepped me up and improved me, and that’s great for 3×3.”

Kunek hit the game winning shot for Spectres iAthletic in last year’s 3×3 Pro Hustle 2 final against Melbourne Boomers – but now, the roles have been reversed.

Kunek has moved to the Boomers for the Darwin event, where she’ll team up with Monique Conti, Kalani Purcell and Taylor Jones.

The Boomers came awfully close to winning the final in the second Pro Hustle event of the year last weekend, falling to Spectres in the decider. However, it must be noted Melbourne was playing with just three players – Purcell, Jones and Chelsea D’Angelo.

Having played against them last year and watching some tape, Kunek has a nice grip on how the Boomers play, and has ideas on how she can merge her game into their structure.

“I watched a little bit of their highlights and the stream the other day, and I played last year against them – they’re pretty similar,” Kunek said.

“I know the kind of style they play. I played with Mon and I know her game pretty well and it’s been great to see her game evolve as well.

“Kalani, it will be nice to play with her because I love watching her play in the WNBL.

“I’m really looking forward to it and it will be great to play with the Boomers. It will be exciting.

“I think I’m a little bit older than the girls, so hopefully I can bring some leadership to the group. Just a little bit of grit as well, take it to the rack, I can use my versatility.

“I can go inside and out and that’s something I did quite a lot in Europe, posting up the smaller guards. I think my defensive aggressiveness, attacking the rim and getting other people in the game will also help.

“If someone comes to help, you can dish it off to the other players. Get Mon into the game, get her shooting going and bring the team together and hopefully we can do something great.”

The growth of 3×3 basketball in Australia has been immense in recent times, something Kunek has noted, with better athletes and players taking up the concept.

She also believes a generational shift in basketball culture this decade has helped attract more people to the 3×3 game.

“I love 3×3. I was saying to someone yesterday that I think it was myself, Tess Madgen, Katie Ebzery and Sara Blicavs were the first group to ever do 3×3 back in 2012 in Athens,” Kunek said.

“It has changed so much. When we first did it, it was like new and people were kind of like, what is this style of basketball? I didn’t really watch a whole lot of it in the three-to-four years I was away from it but from that World Championship to now, people are more athletic, the skillset is so different.

“I think the likes of Stephen Curry and all the NBA players have kind of changed other people’s games. People are more into that individual game and that’s what I guess 3×3 is.

“I realised how much I do love playing the 3×3 game. It’s obviously quite different to five-on-five. It’s just so fun and you have to really change quickly into the format.

“It’s a nice little change up for my basketball.”

The final NBL 3×3 Pro Hustle event of the year takes place in Darwin as part of the Arafura Games on April 27-28.