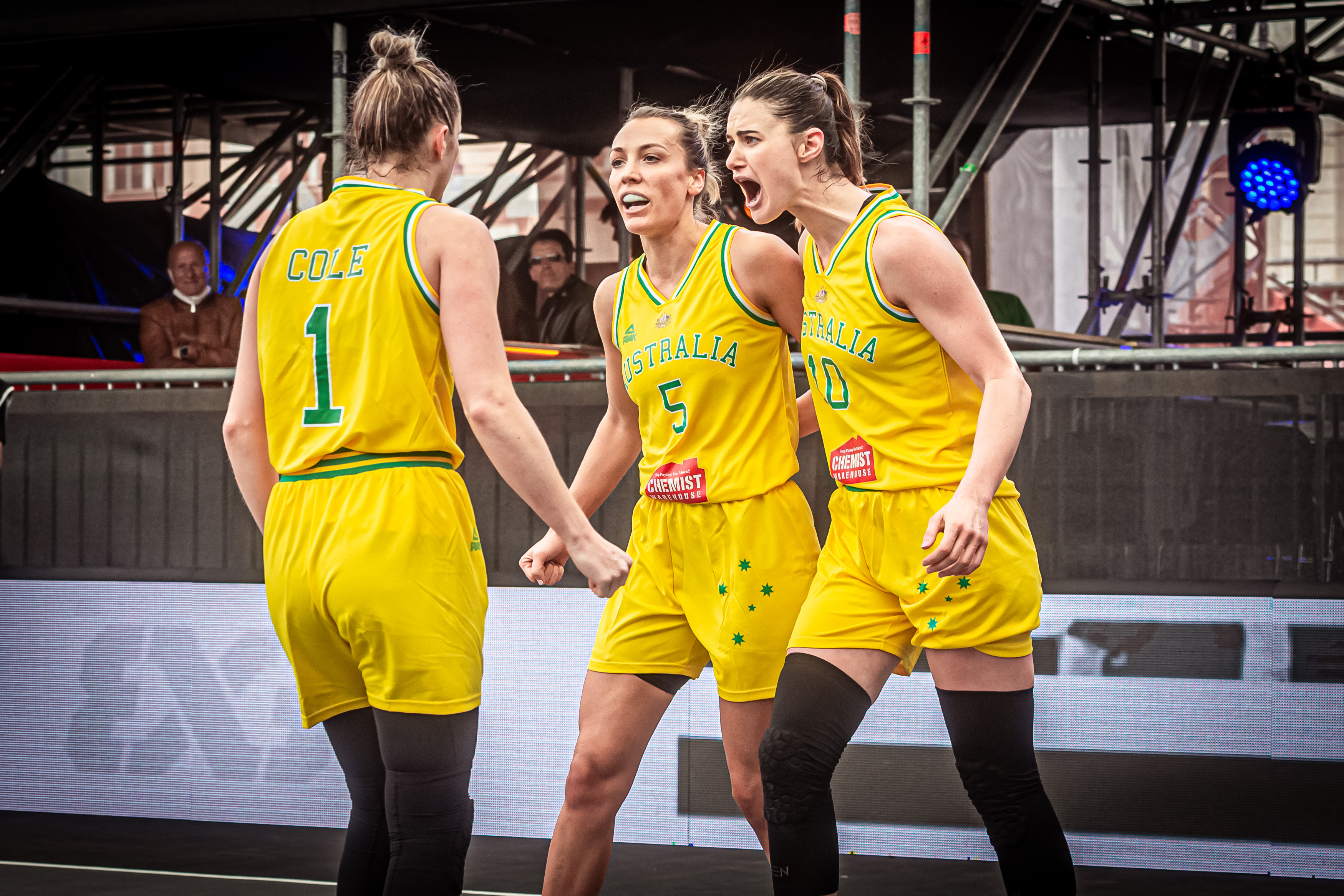 The Australian women have spilt their results on the opening day of the FIBA 3×3 Olympic Qualifying Tournament.

Playing their first international 3×3 game together since September 2019, a rusty Australia fell to Japan 21-15 in the opening game of the day. Alice Kunek fired on the offensive end showcasing her long-range shooting but Bec Cole, Maddie Garrick and Keely Froling all struggled to get into a rhythm.

It left Australia facing an early must-win game against European rivals the Ukraine later in the night. After yet another slow and sloppy start, the Aussies dug in on the defensive end to secure a gritty 15-12 victory.

Defence was the key in the win, as Australia shut down Ukraine’s attack, emphasised by a late Garrick block which sealed the win.

Australia is third in their pool ahead of tomorrow’s must win contests against Thailand (7:25pm AEST) and Iran (11:10pm AEST). The top two teams from each group advance to the knockout stages, so not only will Australia likely need to win both games, but they might need to do so by a comfortable margin to build their percentage.

All games can be watched live and free on the FIBA 3×3 YouTube, Facebook or Twitch channel and Kayo Sports Freebies.