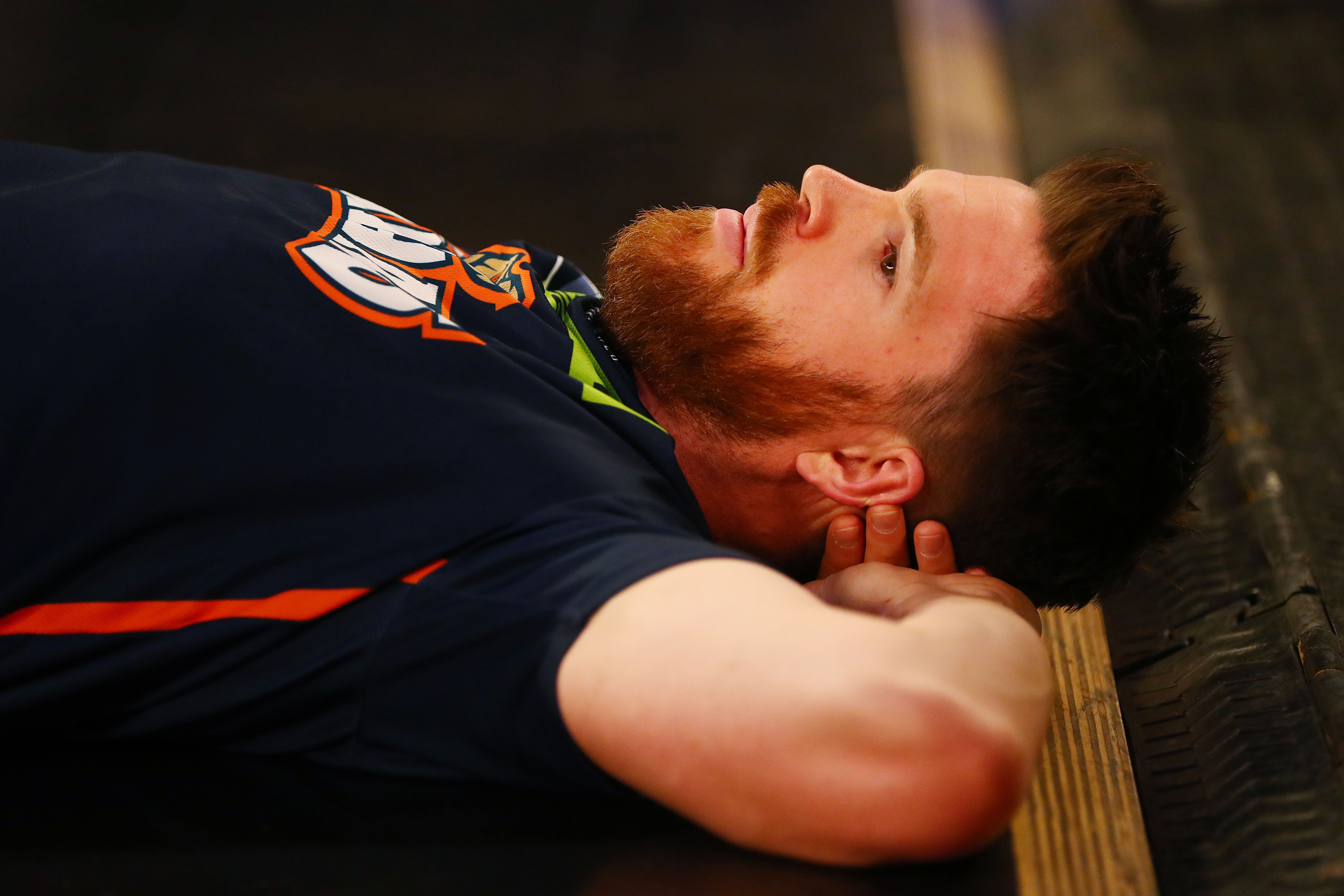 It’s been an eventful period since the NBL season for Lucas Walker playing for the Boomers, spending time with his newborn daughter and being told he’s not required at the Cairns Taipans, but his immediate future now involves a first crack with the 3×3 Pro Hustle.

Walker celebrated his 200th NBL game during this past season with the Taipans but it wasn’t the campaign he hoped for in Cairns either personally or from a team perspective.

Pre-season ankle surgery delayed Walker’s start to the season and did hinder his impact at times, but he was coming good through the second half of the season even if the Taipans were out of playoff contention.

The Snakes ended up winning just the six games and despite the retirement of captain Alex Loughton, the Taipans have since informed their vice-captain Walker that they won’t be signing him to a deal for the 2019/20 season.

That came as somewhat of a surprise to the 217-game veteran given he had only just returned from playing for the Boomers in the FIBA World Cup qualifiers in Iran and Kazakhstan, and has been a regular Australian team member including winning gold at the Commonwealth Games.

On the back of being informed by the Taipans he wouldn’t be back next season, Walker has embraced his time in Cairns at home with nearly four-month-old daughter Willow ahead of now getting ready for some 3×3 action.

Walker has committed to play in the upcoming 3×3 Pro Hustle events and leading into that, he will be part of a national selection camp in Melbourne ahead of a 3×3 World Cup qualifying event in Puerto Rico.

The 34-year-old might not know exactly what to expect but he’s keen to be involved especially knowing potential Australian representation could result.

“I don’t really know what to expect to be honest. A good friend of mine, Peter Crawford, reached out to me and asked if I wanted to play in the Pro Hustle and I said ‘sure, I don’t have anything else on right now’,” Walker said.

“Then Dave Biwer reached out to me from there when he heard I was playing some 3×3 so he asked if I would be keen to do this camp and I said yes I definitely would be more than keen. We’ll see how it goes now.

“That’s pretty cool that you can now play for your country playing 3×3 too. Whenever I have had the opportunity to play for the Boomers I’ve never turned it down and representing Australia is the greatest thing you can do in your sport.

“It’s cool that they’ve brought that into 3×3 for that to be a possibility as well. It’s always exciting to put on the green and gold.”

Walker has never played any properly organised 3×3 basketball before so it’s all new to him, but when you think about the prototype players for the sport, he fits the bill with his athleticism, rebounding, versatility and ability to score both inside and out.

“I’ve never played the organised 3×3 before so I guess I’m going straight into the deep end. But I’ve asked around a few guys that have played and it sounds like something that I can have a crack at,” Walker said.

“I got asked by Dave Biwer in about July last year to be involved in a tournament in Japan but it was just as I was starting to move up to Cairns and I wasn’t able to do it. But I’ve got some free time and I thought it was a good time to give it a try.

“From what I’ve heard it’s a pretty physical game and it involved a lot of switching on defence. Those two things would be my strengths so it will be pretty interesting to see how I go.

“I’ve done a reasonable job of trying to stay in shape since the season finished and I finished with the Boomers. So this will be good and I’ll try to get involved in a couple of the Pro Hustles and I’m looking forward to it. I think it will be fun experiencing a new style of game.”

While Walker should have time left in his NBL career at just 34, what 3×3 does provide is the prospect of playing high-level basketball for plenty of time beyond his time in the NBL.

Peter Crawford is providing the perfect example of how that can work.

“That’s kind of where Pete Crawford is at the moment. He’s still playing in the QBL but he finished up in the NBL three years ago and he’s still doing well at 3×3,” he said.

“I think it’s kind of cool to have an off-season of doing dome 3×3 rather than joining the usual team environment. It’s all kind of new and exciting. I hadn’t thought about it too much, but now I’m going into it with an open mind and am keen to give it a crack.” 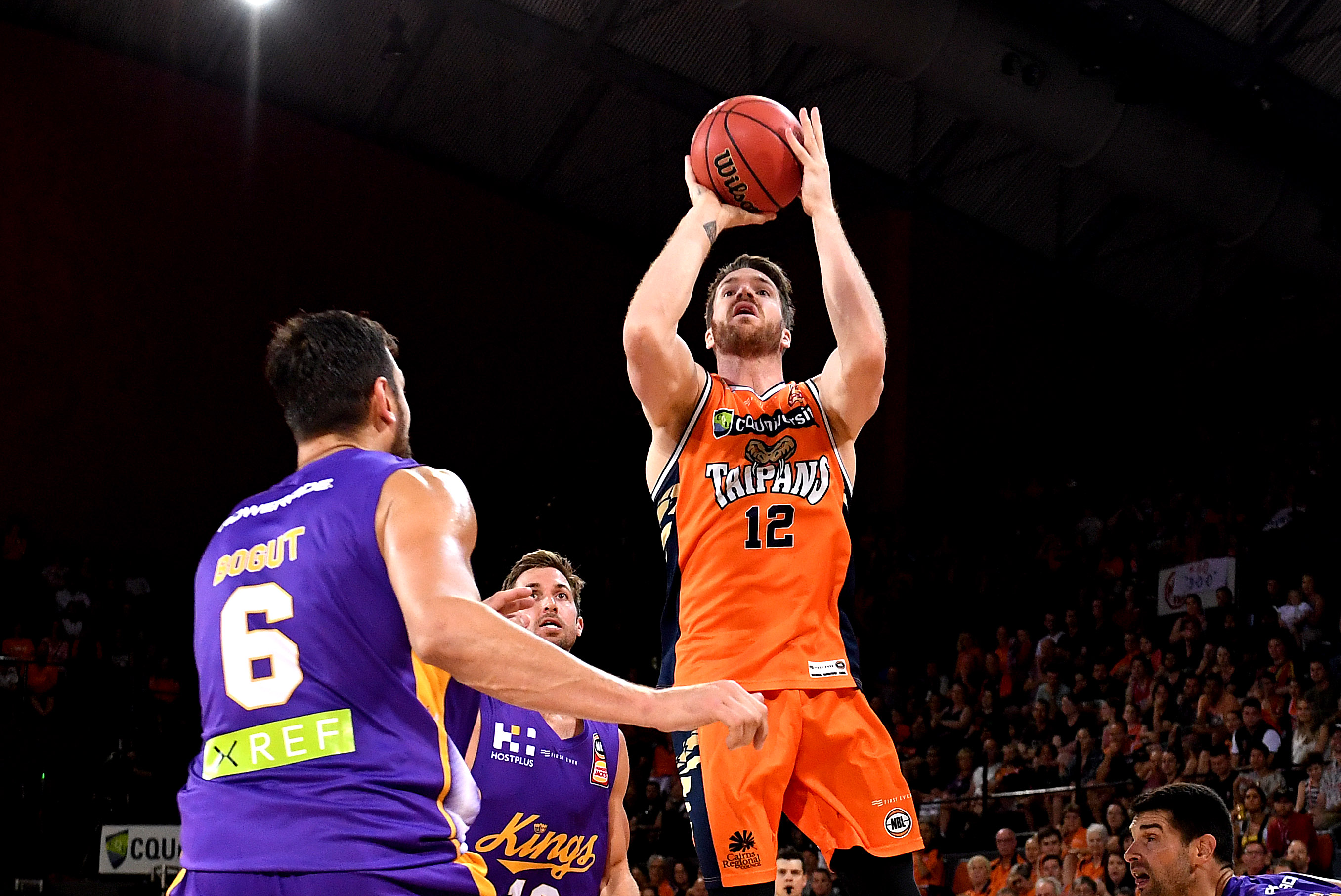 CAIRNS, AUSTRALIA – JANUARY 07: Lucas Walker of the Taipans shoots during the round 12 NBL match between the Cairns Taipans and the Sydney Kings at Cairns Convention Centre on January 07, 2019 in Cairns, Australia. (Photo by Bradley Kanaris/Getty Images)

Looking back on the recently completed NBL season with the Taipans, Walker felt that just as he was starting to warm into proceedings and get over his ankle problem, the season was nearly over.

His numbers were still solid at 6.2 points and 4.0 rebounds a game while shooting 44.6 per cent from the field and 30.6 per cent from beyond the arc, but he felt like he was only just getting going.

“It was a tough year for the team and all the guys, and for the coaches I’m sure. Losing 14 games in-a-row is pretty brutal, that’s tough to deal with for anyone with the criticism you cop,” Walker said.

“It was hard for me personally, I had an injury and had pre-season surgery and I didn’t think I started coming right from that until midway through January. That was a constant battle on a day-to-day basis but it seemed to come right at the wrong time of the season.

“I started to feel more like myself and we had two weeks of the season left to play, so that was kind of frustrating. But I’m healthy now to give 3×3 a crack. It feels good now and it’s the best it has felt since July that’s for sure.”

Walker wasn’t sure what to expect in terms of his immediate future for the 2019/20 season in the NBL, but once he returned from Iran and had his exit meeting at the Taipans, he quickly found out his future wasn’t at the Snakes.

“They’ve already told me that they’re not going to pick up my option and that I should look elsewhere. I found that out a couple of days after I got back from the World Cup qualifiers and I had my exit meeting,” he said.

“I guess I will just put my name out there and see what’s an option for next year. I feel definitely like I’ve got a lot left to give both physically and mentally.

At any other point in his career had Walker received news like he did from the Taipans it might have got to him, especially with everything he and partner Jess have endured over the past 18 months.

But given over the past four months he has made the most of being a father to Willow, that’s provided great perspective and made him feel like everything else in life will be OK while he has her.

“I love it, it’s awesome and what I have loved most about the off-season so far is that when I wake up I don’t have to get in the car and go to practice, I can just be at home and be with Willow,” Walker said.

“She is nearly four months old and she’s growing heaps, and learning things week by week. It’s definitely the best part of having more time off. It’s actually way better than I expected.

“Before you’re a dad you don’t know what to expect and you have to draw on what people tell you, and I had expectations that it would be fun and I’d love to do it. But I didn’t think I’d love it this much.

“You don’t have anything to compare it to and you can’t really describe it until you experience it yourself. It’s amazing and I absolutely love it. It’s the best thing I’ve ever done and the best job I’ve ever had is being a dad.”